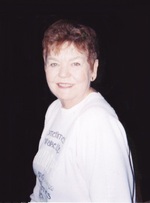 Alice Zaring Roy passed away peacefully in her sleep surrounded by loved ones on March 16, 2012.

Alice was born in American Falls Idaho on August 13, 1932 to Don “Spec” and Leona Boyd Zaring.  She grew up there graduating from high school in 1950.  She moved to Salt Lake City, Utah to attend business college where she married Ralph Rider on March 6, 1955.  They had three daughters, Kathy, Kelly and Keri.  They moved back to American Falls and later divorced.  Alice went to work at Lamb Weston as a payroll clerk.  She married Fielden Roy on April 3, 1971.  Together they enjoyed traveling in their fifth wheel, but most of all spending time with their extended families and friends.

Mom was a wonderful cook and every Sunday you’d never know who would show up, and many were always welcomed.

She is preceded in death by her parents, her husband, Fielden, her brother, Dick Zaring and her daughter Keri Dawn Rider.  She is survived by her sister, Nancy Anderson; her daughters, Kathy (Irvan) McLean and Kelly (Jay) Nelson; five grandchildren, Alison Rider, Rachel Rider, Loni Nelson, Keith McLean, Erin McLean and one very special great granddaughter, Kloe Dawn McLean; and by her dear friend Becky Anderson.  She is also survived by her step children, Regina Weatherbee, Delain (Rosalie) Roy and Peggy (Rick) Fehringer and many nieces and nephews, cousins and too many friends to mention.  You are loved and will be missed by all.

The memorial service will be at 11:00 a.m., Monday, March 19, 2012 at United Methodist Church, 710 Fort Hall Avenue, American Falls.  Interment will follow at the Neeley Cemetery.

To order memorial trees or send flowers to the family in memory of Alice Roy, please visit our flower store.