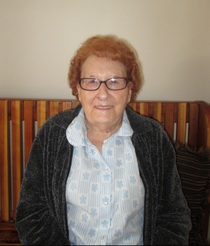 Alice had an amazing spirit that impacted those she associated with. She was a very classy lady.

She will be greatly missed by those she left behind including Daughter Roxie and Lynn Simms, Son Danny and Carolyn Osborn, Brother Robert and Judeen Berry, Sister Lola Haskell, Grandchildren Danyell and Kyle Glascock, Brandy and Jared Saiz, Bobby and Katie Simms, Justin Osborn, Lance Osborn, and JR and Lisa Osborn, and nine great grandchildren.

A viewing will be held at Davis Rose Mortuary on Saturday March 14, 2015 from 2:00 to 3:00 with a graveside service following at the Falls View Cemetery in American Falls. There will be a potluck luncheon to follow at the Power County Senior Center.

The family asks in lieu of flowers donations be made to Edgewood Spring Creek Manor in American Falls.

To order memorial trees or send flowers to the family in memory of Alice Marie Snider, please visit our flower store.