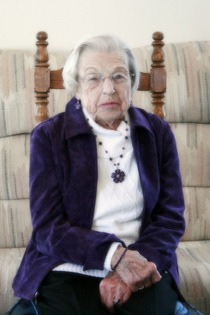 Ann was born on June 3, 1918 in Maple Creek, Saskatchewan, Canada to Henry and Magdalena Schultz Lehman.  She was raised in Canada and received her education in a country school in Hatton, Saskatchewan.

On July 14, 1937, Ann married William â€œBillâ€ Emil Funk in American Falls, Idaho and spent her life as a devoted wife, dedicated to working both within the home and fields of the farm. From this union were born two sons; Vernon Leroy Funk, born August 28, 1938 and Lawrence Lloyd Funk, born September 10, 1939.

Annâ€™s husband Bill preceded her in death in July, 1977. She later married Donald G. Potratz on November 20th, 1980.  They enjoyed their life together, active in their church and the American Falls community. They also took pleasure in traveling throughout the United States and internationally.

Ann enjoyed music, laughter, gardening, making candles, homemaking, and was most famous for her cooking. She was so well known throughout the local area for her homemade cuisine, salesmen would often drop in around noon, knowing they were just in time to be invited to stay for dinner.

Ann was very committed to her church, teaching Sunday school, playing the piano and organ, singing in the Womenâ€™s Trio, and participating in Womenâ€™s Fellowship.  She was also involved in the American Falls community â€“ singing with the 'AF Sharps', volunteering at Trinity Thrift Store, and delivering meals to people in their homes from the Power County Senior Citizenâ€™s Center.

In lieu of flowers, Ann has expressed her desire for donations to be made to the Power County Senior Citizenâ€™s Center or the Idaho Youth Ranch.  Condolences and memories may be shared at www.davisrosemortuary.com

To order memorial trees or send flowers to the family in memory of Ann Funk Potratz, please visit our flower store.
Send a Sympathy Card