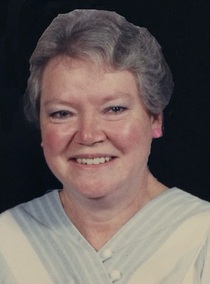 Barbara Jean Miller
January 4, 1937 â€“ October 16, 2016
Barbara Jean Burnham Miller went to join her heavenly family on October 16, 2016.
Barbara was the second of three daughters born to J. Leo Burnham and Violet May Chambers on January 4, 1937 in Rexburg, Id.  She was raised in Dairy Creek, Id.  She attended school in McCammon and later at Pocatello High School.  She met her sweetheart at the Deleta Skating Rink and shortly after that she married Joseph James Miller on August 2, 1954 in Pocatello, Id and later they were sealed in the Idaho Falls Temple on May 29, 1959.
To this union came nine wonderful children: Leo, Roger, Connie, Merlin, Quintin, Kenneth, Rusty, Robert and Denice.  They had several homes that they lived in but finally decided to build their family home in Chubbuck next to his parents on Linden.
Barbara loved her home and her family and she enjoyed being there however part of her life was working outside the home at Kressâ€™s, Millerâ€™s Bakery, harvesting potatoes and at Eastern Idaho Lab.
Barbara was an active member of the Church of Jesus Christ of Latter-day Saints and enjoyed serving in the church in various callings.  She was especially proud when she sang in the Tabernacle at General Conference with the Singing Mothers, and her mission which she served with her husband in Kirtland, Ohio from November 1998 to May 2000.
She enjoyed camping with her family, ceramics, Tole painting and reading every Louis Lâ€™Amour book.
She was preceded in death by her parents, her son Roger and two grandchildren Tyrel and Kalie Miller.
Barbara is survived by her husband Jimmie, her sisters Vonna (Bob) Larsen, Deb (Steve) Taylor, her children: Leo (Lynda), Karyn, Connie (Melvin) Clark, Merlin (Yvette), Quintin (Shauna), Kenneth, Rusty, Robert (Shani), Denice (Bruce) Ritter. Plus her adorable 34 grandchildren and 50 great grandchildren.
Her family will miss her very much.
The services will be at the Chubbuck First Ward, 4775 Hawthorne Rd, Chubbuck, Id.  There will be a viewing from 6-8:00 P.M. Tues, Oct. 18, 2016 and on Wed. Oct. 19, from 10-10:45 A.M. with the funeral starting at 11:00 A.M. Interment will be at Restlawn Memorial Gardens.

To order memorial trees or send flowers to the family in memory of Barbara Jean Miller, please visit our flower store.
Send a Sympathy Card