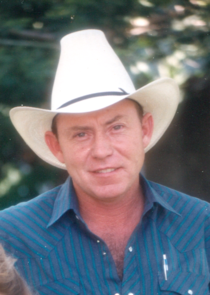 Barry L. (Chip) Kendall passed away Thursday January 28th, 2016, after a battle with Lymphoma.  Chip was born on November 8th, 1950, in Wendell, Idaho, to Rula (Ringle) and Lamar Kendall.  In 1954, the family moved to Seeley Lake, Montana, where he began a lifelong enjoyment of hunting and fishing.    When Chip was 14, the family moved to Aberdeen, Idaho where he attended school.  Chip and Loraine Kraupie were married August 3rd, 1968.  Three children Barry, Rusty and Brandi were born in Aberdeen.  Loraine passed away in March, 1981.
Chip began his career as an electrician in 1968. Even after retirement in 2014, Chip was always willing to help anyone when they had a problem with their power.
On September 24th, 1983 he married Carri Miller. Carriâ€™s children, Shawn and Becki, joined the family, too.  The Kendalls made their home in Aberdeen until 1987 when they moved to Nampa, Idaho.  Moving to Cascade, Idaho in 1997, Chip and Carrie were long-time residents.  Carri passed away in December, 2013.
Chip loved to hunt, fish and camp.  He passed on his passion for the outdoors to his children and grandchildren.  Chip's biggest pride was his family. He loved watching his children grow up and start families of their own. A wonderful father and grandfather, he was always willing to lend a hand if we needed help or an ear if we needed to talk.
Chip was known and recognized by the cowboy hat he always wore.  It didn't matter the time of year, he said it served a purpose.  Sun out of his eyes in the sunshine and rain or snow off his face if the weather was bad.
Chip was preceded in death by his mother, Rula, father, Lamar, first wife, Loraine, his second wife Carri, son, Rusty, and his brother-in-law Terry Anderson.

A grave side service will be held and the Aberdeen Cemetery, in Aberdeen, Idaho on February 13th, 2016 at 1:00pm.  Arrangements by Bowman Funeral Parlor and Davis-Rose Mortuary. Condolence may be left at www.davisrosemortuary.com

To order memorial trees or send flowers to the family in memory of Barry (Chip) L. Kendall, please visit our flower store.
Send a Sympathy Card