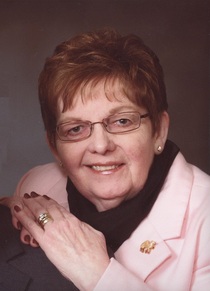 Our loving wife, mother, sister and friend left this life peacefully December 17, 2013.  She had been fighting Systemic Lupus for the past 14 years.  Berdean was known for her love and service.  She had a beautiful voice and shared her talents of singing and playing the piano with others.

One of Berdean’s greatest joys was her involvement in the Church of Jesus Christ of Latter-day Saints.   She served in various callings.  She demonstrated loving service to others daily.

Berdean cheerfully dealt with her sickness and will be greatly missed.  Preceded in death by Ila May Byington (mother) Don Lester Henderson (father) and Nancy Parker (sister).

Funeral arrangements are under the care of Davis- Rose Mortuary.  A viewing is planned for Thursday, Dec. 19, 2013 6-8pm at the Church of Jesus Christ of Latter-day Saints, 650 Pocatello Ave, American Falls.  The funeral will be held on Friday, Dec 20, 2013 at 11:00 AM at the Church with a viewing prior to service from 9:45-10:45.  Condolences and memories may be shared at www.davisrosemortuary.com.

To order memorial trees or send flowers to the family in memory of Berdean Dahlke, please visit our flower store.
Send a Sympathy Card