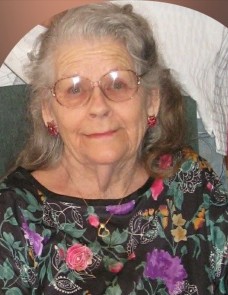 Betty Jane Wolverton, 92, of American Falls, Idaho, passed from this Earth to be with the Lord Sunday, December 3rd, 2017 at 4:48PM at Brookdale Assisted Living, Pocatello, Idaho, where she resided for the past 14 years.

Betty was an aircraft riveter during WWII and won 2nd place in an air queen beauty contest when she was in her early 20's.  She retired from Lamb Weston in 1990, she was an avid reader, loved animals and her family.  Her beauty, charm and cheerful wit will be missed by all.

Memorial to be held privately with family.

To order memorial trees or send flowers to the family in memory of Betty Jean Wolverton, please visit our flower store.