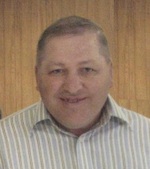 Billy Dean Kramer, 64, of Aberdeen, Idaho passed away Saturday, December 29, 2012 at Portneuf Medical Center.  Bill was born in American Falls, Idaho on September 6, 1948 to Warren and Laura Kramer of Aberdeen, Idaho.  He attended school in Aberdeen and graduated from high school in 1966.  He worked the next 46 years on the family farm.  He had a hard life living with his epilepsy.  He was a lifelong member of the Non-denominational Church.  He loved to go elk and deer hunting.

He was preceded in death by his parents, brother Don, and sister Eileen Mingo.

To order memorial trees or send flowers to the family in memory of Billy Dean Kramer, please visit our flower store.
Send a Sympathy Card