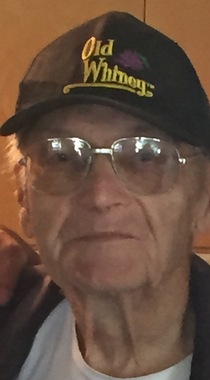 Blaine Kirby was born in Salt Lake City, UT, on Nov. 9 1928, to Peter and Reva Kirby. Blaine enlisted in the U.S. Army and served for four years. He was a veteran of the Korean War, stationed there for 16 months.

Shortly after Blaineâ€™s discharge from the army he met Mildred Mills. They were married on Nov. 27 1954, in Pocatello, ID. Together they had three children: Debbie, David and Doni. The family settled in Aberdeen, ID. Blaine went to work as a volunteer firefighter for the City of Aberdeen. He worked at Chick Warner garage for a short time. He then worked for Christiansen Implement in Aberdeen and in American Falls as a mechanic. After retiring he worked at the Abedeen landfill part time.

While living in Idaho, Blaine pursued his love for cars. He began to utilize his knowledge in auto mechanics by working full time from home. He worked on a lot of peopleâ€™s vehicles and made a lot of friends along the way. After retiring, Blaine remained active well into his 80s, personally working on his own vehicles as well as familyâ€™s and friendsâ€™ vehicles. He also enjoyed camping and fishing.

Blaine is survived by his wife Millie of 62 years, and his two daughters Deborah Hannah (Fountain Valley, CA) and Doni Chris (Pocatello, ID), and one sister, Janice (Verl) Hawes. He is preceded in death by his son David, twin sister Beth Ransom, brother Don Kirby, and parents Pete and Reva Kirby.

A memorial service will be held at a later date.

To order memorial trees or send flowers to the family in memory of Blaine Kirby, please visit our flower store.