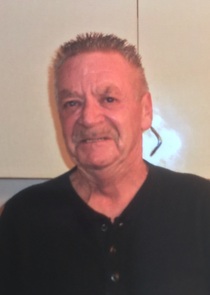 Bradley Lynn Hawes age 64 after a long struggle with pancreatic cancer passed away at his home in Pocatello June 21st . Brad was born March 15 1953 in American Falls to Ken & Elva Hawes . Brad grew up & attended school in Aberdeen. Growing up Brad worked with several different farmers in the area & later worked for Wada  farms , Spudnik & his last job was with Christiansen Imp. Brad was a hard worker & loved to play even harder. Brad was married twice & has a daughter from each marriage & has 5 grandkids . Brad had a love for drag racing , fishing , camping & was a NASCAR fan of Kevin Harvick. Brad enjoyed working on & cruising in his 69 Nova with Mark Lloyd . He is survived by his brother Eudell , his daughters Mandi & Sasha & 5 grandchildren, 2 nieces & 3 nephews. Brad was preceded in death by his parents Ken & Elva & his sister LaDeene.

We would like to give a huge  thanks to Brads neighbor Stacy for everything she has done. A special thank you to Hospice & Angela Jensen & most of all to Todd for his Blessing.
To order memorial trees or send flowers to the family in memory of Bradley Lynn Hawes, please visit our flower store.
Send a Sympathy Card