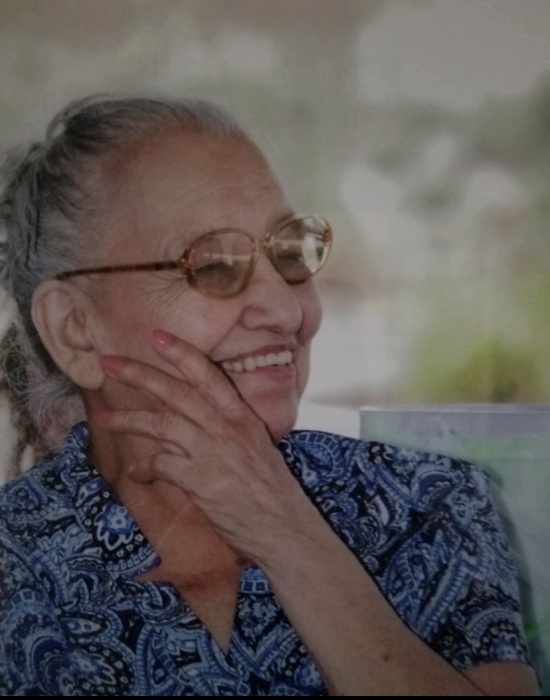 Carlota S. Saiz, 88, passed away peacefully surrounded by her family on January 20, 2021 at Homestead Assisted Living Center in Rexburg, ID.

Carlota grew up in Texas and met and married Benjamin Saiz in Edinburg, Texas on November 27, 1950.  They had one son in Texas before moving to Aberdeen, Idaho. In Aberdeen they raised their family and She worked at Simplot in Aberdeen and then at Lamb Weston until her retirement.  She lived in Aberdeen for over 50 years until Ben’s passing. At that time, Carlota moved in with her son in Rexburg, ID.  In 2011 she moved into The Homestead Assisted Living Center and enjoyed her time with the new friends she met there.

She was a caring mother, raising 11 children and one grandchild.  She will be missed greatly, but we know she is with the Lord and her beloved Benjamin.

The visitation will be at 9:00 a.m. Tuesday January 26, 2021 at Presentation of The Lord Catholic Church Blessed Sacrament Chapel in Aberdeen, Idaho.  The Mass of Resurrection will be at 10:30 a.m. and the interment will follow at the Aberdeen Cemetery. Condolences and memories may be shared at www.davisrosemortuary.com.

To order memorial trees or send flowers to the family in memory of Carlota S. Saiz, please visit our flower store.