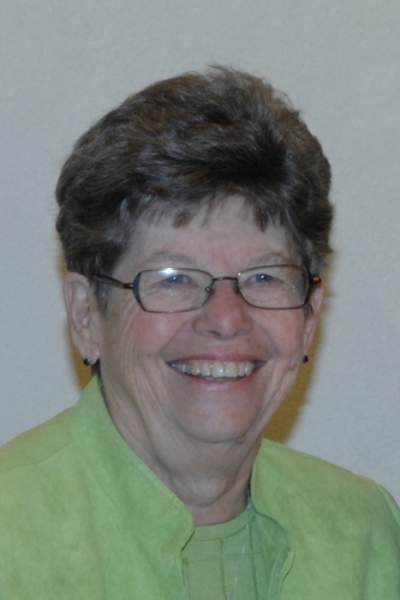 Carol Ann Jones Schreiber died peacefully in her home on January 25, 2021, surrounded by her husband, daughters, son-in-law and her amazing caregiver.

Carol was born December 21, l936 in Twin Falls, ID to Lyle and Margaret Jones.  She first lived in what was affectionately known as “the wienie house” on Kimberly Road near the Snake River canyon, and then moved to the old family farm north of Kimberly.  She attended Kimberly Elementary through the 3rd grade.  She moved to Hansen in l946 when her parents bought the farm of Margaret’s parents, and attended Excelsior School until 7th grade.  The school was across the road so excuses were limited if you didn’t want to go to school.  In the spring of l947, Carol accompanied her grandparents Peter and Katherine Newman to Denmark for three months.  Carol loved that trip, spoke of it often and kept a small red wooden shoe on her armoire as a memento.  As the oldest child on the farm she worked hard and often cared for her siblings. Carol graduated from Hansen High school in 1954, where she was a cheerleader and active in many other ways, sometimes snowshoeing with friends and her cousins into the South Hills where her folks had a cabin.

Carol attended the University of Idaho where she was a member of Forney Hall.  She studied Business Administration and was active in many Hall activities.  As a freshman, she traveled by train to Moscow and made many friends also going to UI. At the UI she met Bob Schreiber (They were introduced by Bob’s sister, Idanne) and their lifelong love affair with Vandal Football and the University began. (They were later awarded the Jim Lyle Award for outstanding service to UI).  They were married in April l957.  Carol and Bob moved to Oklahoma following Bob’s graduation where he was a lieutenant in the Air Force and daughter Liz was born.  They returned to Idaho in 1960 to pursue Bob’s teaching requirement to become a school counselor, first in Boise and later in Grand View, in Owyhee County.  During those years, two more girls, Kathy and Chris joined the family, and Carol, ever the multi-tasker, finished her business education degree summers with Bob at UI.

In l967 Bob accepted a counseling position at American Falls High School and they lived in American Falls since.  The girls graduated from American Falls High School and the University of Idaho as proud Vandals. Carol had a vast career as a legal secretary, church treasurer, bank teller, floral designer, and city treasurer which gave her great experience to be the Power County Clerk, were she served two terms. retiring in 1999.  During these years, Carol and Bob actively supported their children and grandchildren in their endeavors and their alma matter, while taking several trips: Hawaii, Texas, Georgia, Canon Beach OR, Alaska, Scandinavia and Germany.  Her greatest treasures were her family, extended family and the many friends she collected along the way, all of whom surrounded her over the last few months.

Carol was also active in the United Method Church of American Falls, PEO, a 50-year Eastern Star member, a member of Alpha Gamma Delta Sorority, the State Clerks Association, and the Idaho State Records Advisory Board.  She loved gardening, sewing and walking in the mornings with her group of lifelong friends.  Her geraniums were huge and colorful, lovingly wintered in the big windows of the house on Falls Ave.

The family extends a special thank you Shannon Alvey of American Falls for her loving support and Heritage Hospice for their comprehensive care.

A visitation we be held from 5:00 p.m. to 7:00 p.m. Friday,  January 29, 2021 at Davis-Rose Mortuary, 170 Idaho Street, American Falls.  The Celebration of Life Service will be at 10:00 a.m. Saturday, January 30, 2021 at the mortuary with Interment to follow at the Falls View Cemetery. Condolences and memories may be shared at www.davisrosemortuary.com.

To order memorial trees or send flowers to the family in memory of Carol Ann Schreiber, please visit our flower store.