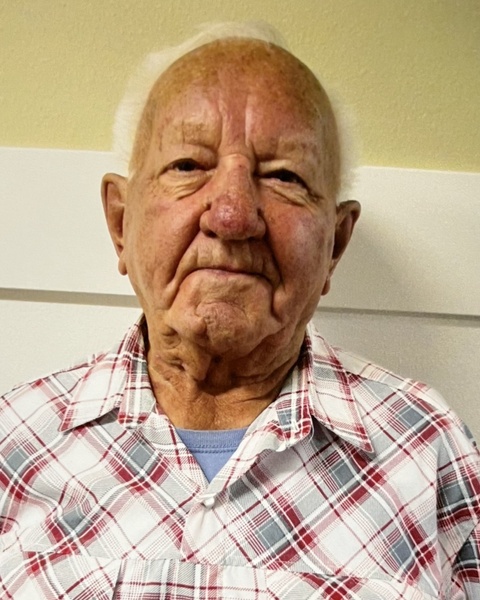 Cecil John Doornink passed away on September 29, 2022, at Power County Nursing Home. Cecil was born May 8, 1936, in Baldwin, WI, to Chris and Catherine (Duckert) Doornink. Cecil was the oldest of 8 children which included Leroy, Marvin, Kay, Kathleen, JoAnn, Butch, and Keith.

Cecil spent his childhood in Baldwin, WI, where he grew up on a farm milking cows and helping his dad with other farming chores. He attended school until the age of 15 when he had to quit to get a full-time job to help the family due to his mom being seriously ill and his dad needing help. He remembers buying his first vehicle at the age of 16 - a 1946 Chevy for $500. He lived there and helped on the farm until the age of 28.

He met and married Jeane Dandy on February 14, 1966. From this marriage he gained 2 children, Amy (Harvey) and Tim, and together added 3 more children, Debra (Marvin), Doug (Wendy), and Aaron (Spring). Cecil and Jeane were later divorced. He then met and married Patricia Worrell Robin on February 11, 1976, where he gained 5 more children, Randy, Patrick, Tami (Mitch), Tanya (Rob), and Christopher (Michelle). Unfortunately, Patricia later passed away due to illness. He then met and married Patricia Spurrier Copeland, on September 30, 1995, where he gained 4 more children, Cathy, Buck (Kristi), Jeanette (Chad), and Joseph. She also preceded him in death due to illness. Cecil was also blessed with many grandkids and great-grandkids, who he loved spending time with and talking about to anyone who would listen.

Anyone who knew Cecil knew that he was a very hard worker. He obviously gained this work ethic from his years on the farm. Some of his past jobs, besides the farm, include working for Purina driving truck, Anderson Windows assembling windows, a pencil factory in California, and Simplot Food Group.  In his “extra” time he loved to drive truck during harvest.

Some of his pastimes include fishing, camping, traveling, spending time in the outdoors, and gardening where he gained his love of flowers and birds. His traveling adventures included many trips back and forth between Idaho and Wisconsin spending time with his family. He also greatly enjoyed his time spent at the Senior Centers in both Aberdeen and American Falls where he made many new friends.

Cecil was preceded in death by both of his parents and 2 brothers.

Funeral services will be held on Tuesday, October 4, 2022, at St. John’s Lutheran Church in American Falls, ID. Visitation will be held at 10:00 AM with services starting at 11:00 AM. Graveside service will be at 1:30 PM at the Aberdeen Cemetery.

To order flowers, or to share condolences, memories, and photos, please visit DavisRoseMortuary.com.

To order memorial trees or send flowers to the family in memory of Cecil Doornink, please visit our flower store.