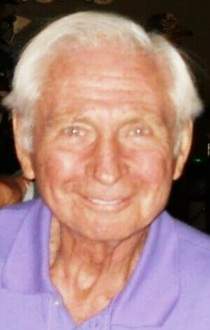 Charles "Chuck" Edward Miser, age 80, passed away on April 16, 2016, after a valiant battle with lung and bone cancer.  Chuck was born on July 1, 1935 in Aberdeen, Idaho to George & Clara Miser. Chuck had three siblings, Royden, Shirley, and Donna.   He grew up on the farm, helping his dad George with chores and watching his siblings. He attended school in Aberdeen, and American Falls, Idaho.  During his school years, he played the trumpet and the trombone.  In 1955, Chuck leased and ran his own service station, a Phillips 66 in Idaho Falls, Idaho.
In 1958, he was drafted into the U.S. Army, attending basic training in Fort Ord, California, and then serving in Anchorage, Alaska.  In 1960, he was honorably discharged from the Army and returned to Idaho Falls, Idaho and managed another service station and began acquiring rental properties.  He married Diana May Sanders in January 1962.  They had four children, Lisa, Charlene, Mark and Hope Ann.   They were married for 18 years prior to divorcing.  From 1963 to 1974, Chuck worked in the tire business at Ron's OK Tire Store in Pocatello, Idaho.  In the spring of 1974, he left the tire business and went to work in the Laundry and Dry Cleaning Business, acquiring five laundromats over the next several years.  He enjoyed hunting, and fishing with the family as well as going camping, boating, and water skiing with his brother and sisters and their families.   He enjoyed playing pinochle with the family and helping with the family garden in Blackfoot, Idaho.  He was a member of the Faith Lutheran Church in Pocatello, Idaho, and served as an elder for a number of years while active in the church.
In 1982, he married Marietta Rita Smith.  They had one child, Rita Marie Miser.  Chuck moved to American Falls, Idaho and ran the American Falls Laundry and Dry Cleaners on Harrison Street.  He also ran the La Tiendieta store from this same location for a number of years.   In 2005, he opened AF Auto Sales, and began selling used cars and later closed his laundry and dry cleaning business in American Falls, Idaho.
He enjoyed being self-employed, and was one of the hardest working men you would ever meet.  He took great pride in helping others when he could, and was generous with his time. Chuck enjoyed meeting the "guys" for coffee and swapping tall tales. He was a jack of all trades and could fix anything.  His greatest love was dancing!  He was an amazing dancer and he went dancing nearly every weekend at the Five Mile or Rumors until he was too sick to do so. His favorite bands to dance to were Country Drive and the Dalton Gang.
Chuck is survived by his wife, Rita, his sister Donna (Ken) Moss, and his children, Lisa Dusenbery, Charlene Goff, Hope Ann (Mike) Ruscelli, and Rita (Danny) Chavez, seven grandkids, two great-grand kids, and numerous cousins.  He was preceded in death by his father George Miser, Step-father Ole Starkey,  former wife Diana May Miser, his brother Royden Miser, sister Shirley Getz, grandson Logan Tyler  Goff, son Mark Miser, and his mother, Clara Starkey, his grandparents,  as well as numerous aunts, uncles, and cousins.
Thanks to the staff at Encompass Hospice for their guidance and assistance, and a special thanks to all his friends who made an effort to keep him dancing and come see him during his last days. In lieu of flowers, contributions can be made to the American Cancer Society in memory of Chuck.   Your family misses and loves you!!
A memorial service will be held at 4:00 p.m. Friday, April 22, 2015 at Davis-Rose Mortuary.  Condolences, memories and photos may be shared at www.davisrosemortaury.com.

To order memorial trees or send flowers to the family in memory of Charles "Chuck" Miser, please visit our flower store.