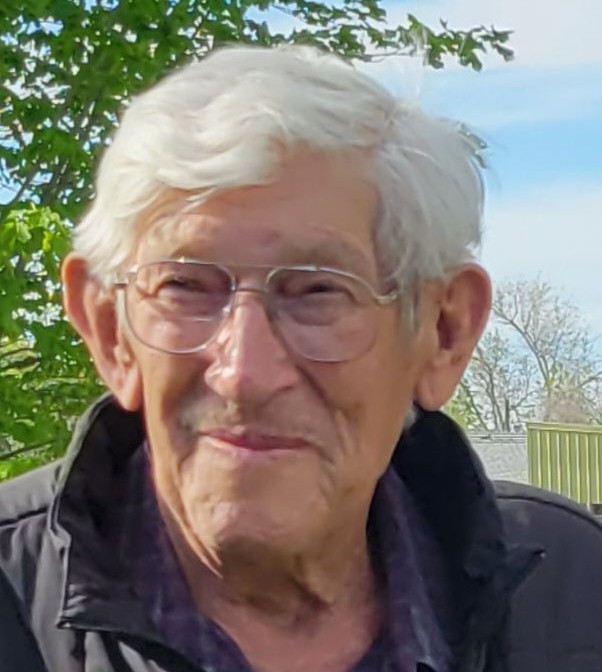 Clarence Ray Schroeder passed away on Monday, February 14, entering his eternal reward and being welcomed home by his Savior Jesus Christ.  His passing was brought on by complications caused by COVID-19.  He was 90 years old.

Clarence was born on July 24, 1931, in American Falls, Idaho, to Armin and Katherine Schroeder.  He was the third of five siblings, with brothers Kenneth and William leading the way and sisters Anne and Bonnie following.  They were raised in the old rock house on the Blackstone Ranch between American Falls and Aberdeen.  Farming in those days required hard work from the whole family, and Armin required no less.  One neighbor recounted the challenge of trying to match the pace of the Schroeder brothers who were loading hay bales in a nearby field.  This work ethic would later serve Clarence well in his work in Europe.

Clarence’s education began with seven years at the Fairview Country Schoolhouse, ultimately graduating high school in American Falls.  In his junior year, Clarence was the starting center for the American Falls basketball team when they won the 1948 state basketball championship.  He went on to play football and basketball at Bethel College in Kansas, where he attended for 3 semesters.

After returning to the farm, he felt called to alternative voluntary service work, and he joined with Mennonite Central Committee’s Pax program in Europe.  He spent over two years cleaning up after a devastating flood in Holland, building an earthen dam in Yugoslavia, and building refugee housing in Backnang, Germany.  This was all done with wheelbarrows and hand tools.

When he returned from Europe, Clarence married Sylvia Hege on January 4, 1957.  This past January they celebrated 65 years of commitment to one another.  They had three children—a daughter Linda, followed by sons Steven and Philip.

Clarence worked hard farming with his dad and brothers.  He also served on the boards of directors for the Aberdeen Springfield Canal Company and the American Falls Reservoir District.  He had a passion for water policy and was firmly committed to serving the company’s interests over his own.  He was inducted into the Idaho Water Users Hall of Fame.

Clarence trusted that Christ’s sacrifice on the cross was sufficient for the forgiveness of his sins.  A favorite verse of Clarence’s was John 3:16: “For God so loved the world, that he gave his only begotten Son, that whosoever believeth in him should not perish, but have everlasting life.”  He has now entered into that eternal life.

A funeral service will be held on Friday, February 18, 2022, at 11:00 AM in the First Mennonite Church in Aberdeen, where he was a lifelong member.  Public viewing and visitation will precede the service, beginning at 10:00 AM.  Memorial donations may be made to Mennonite Central Committee for world relief projects or to First Mennonite Church for installing handrails in the Fellowship Hall.

To order memorial trees or send flowers to the family in memory of Clarence Schroeder, please visit our flower store.
Send a Sympathy Card
Open