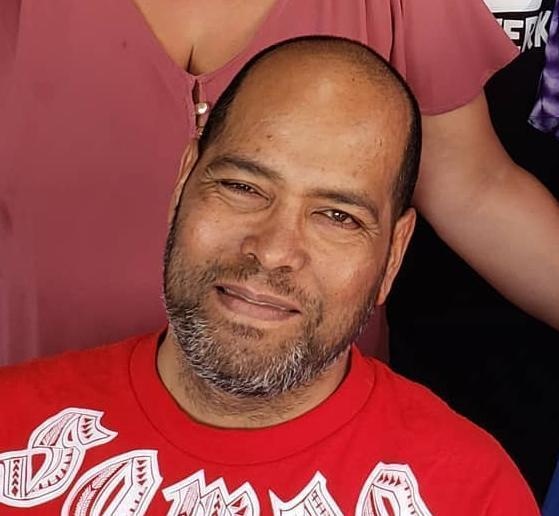 Dan was born April 4, 1968, in Honolulu, Hawaii to Larry & EseEse Thaxton.  He is the oldest of four children.  He grew up in Alameda, California.  After graduating he served in the Army during The Gulf War participating in the Liberation of Kuwait.  Dan went into the Law enforcement program and played football at Idaho State University.

He married Jennifer Wright in 1997.  Together they had one daughter Olivia Sanonu Thaxton in 2004.

Dan is survived by his wife Jennifer, Daughter Olivia, parents Larry & EseEse Thaxton, sisters, Tasha, & Tina and one brother Jimmy.  He is proceeded in death by his sister Tanya.

In lieu of flowers donations can be made at The Bank of Commerce for Olivia Thaxton’s College fund.

A military graveside service will be held at 10:00 a.m. Wednesday, July 14, 2021, at the Falls View Cemetery in American Falls, Idaho.

To order memorial trees or send flowers to the family in memory of Daniel Mathew Thaxton, please visit our flower store.