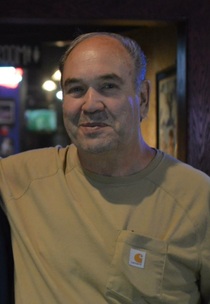 Danny â€œDanâ€ Alvin Lambert, 68, of American Falls, passed away Monday April 11, 2016 at his home.  He was born October 10, 1947 in Springfield, MO.  Danny was the youngest of 7 children born to Jack and Robbie Lambert.
At age 5 the family moved to Shelly, ID where Dan grew up enjoying hunting and camping with his brothers and sisters.  In 1967 Dan graduated from Shelly High School lettering in wrestling and football.  In the summer of 1967 Dan joined the Army serving as a Combat Engineer, Company A, 116th Engineer Batallion.  After his service in Vietnam he was honorably discharged in the fall of 1969.
He married Andrea Thomas of Malad after returning from the service.  Dan studied law enforcement at Idaho State University and briefly was a member of Pocatello Police Dept.  During this time Dan worked on his passion for flying by getting his private pilotâ€™s license.   He flew charter flights, taught flying lessons and flew contract flights for Fish and Game whenever he could. After Andrea's passing he met and married Joyce Elaine Strange of Caldwell.  They made their home in American Falls where they raised their boys Mike and Trever Lambert.  They became baptized members of Jehovah's Witnesses. Dan enjoyed camping and had many adventures in the outdoors.  Dan especially enjoyed time in the backcountry with his friends Dee Adair and Rod Egli. He met Richard Neves who was in need of a printing apprentice. This new career turned into Dan's Printing of American Falls which he ran successfully into the mid 1980's. He missed flying and returned to the air working as a Captain for SkyWest Airlines for whom he worked until his retirement in 2001. After retiring, Dan and Joyce purchased a fixer upper home on the reservoir and spent many hours working on it. The beautiful view from the deck made it worth the time and effort. They spent many hours enjoying it with neighbor and good friend John Ellesson.  Also during this time Dan & Joyce took on a new endeavor, a guardianship of Audesty Bingham whom they raised as one of their own.  Dan spent a lot of time during his retirement taking care of his loving wife Joyce until she passed away in 2014.  Dan enjoyed spending time visiting with family and friends and will be truly missed.
Dan is survived by his sons Michael (Holly) Lambert, Boise and Trever Lambert, Nampa; his daughter through guardianship, Audesty Bingham, Ontario, OR; his mother in-law, Jean Strange, Caldwell; his sisters Martha Bowman, Blackfoot and Jessie Lyons of Shelly; and his five grandchildren: Logun Lambert, Austin Hamann, Hayden Lambert, Madalyn Lambert and  Eva Henry.
Family and friends are welcome to celebrate Dan's life by attending a viewing Tuesday April 19th at 1 pm at Davis-Rose Mortuary, 170 Idaho St. in American Falls. His Funeral Service begin at the mortuary at 2pm. Interment will follow the funeral at Falls View Cemetery. A reception will then be held at the American Falls Library Community Room, 308 Roosevelt Ave in American Falls. The library has asked that street parking be used during the reception. Condolences, memories and photos may be shared at www.davisrosemortuary.com

To order memorial trees or send flowers to the family in memory of Danny Alvin Lambert, please visit our flower store.
Send a Sympathy Card