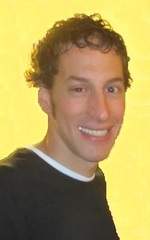 David Lee Wheat, Jr.
Born July 27, 1977, passed away November 29, 2012 in Inkom, Idaho.  David is a beloved part of many lives and will be fondly remembered as a source of joy for his family and friends.  David began his life in Pocatello, Idaho.  He was a miracle.  He was born to his parents, David and Pandora Wheat after years of trying for a baby.  He was so beloved that his parents tried to have six more just like him.  David immediately became an example to his siblings.  He attended elementary school in Downey and Inkom, he then attended Marsh Valley Middle School, and Marsh Valley High School, where he was a top student, a student body officer and a state competitor in scholastic bowl and cross country track.  He graduated with high honors in 1995 and went on to attend college at Idaho State University, where he attained a bachelor’s degree in microbiology with minors in English and philosophy.  David eventually went on to earn a master’s degree in English from Truman State University, and a juris doctor degree from Thomas M. Coolley Law School.  He was always a fine student, achieving high honors and incredible achievement inside and outside the classroom.  When he was twenty, he served an honorable two-year mission to Budapest, Hungary where he served diligently.  He was very insightful when it came to understanding and teaching the scriptures.  After his mission he traveled throughout the world, often travelling across countries with nothing more than a backpack and a map.  David was an ultra marathon runner and could often be seen in the early hours of the morning running the roads around Inkom.  David was a man who loved others and who was always anxious to extend a hand to those around him.  He was always the first to volunteer for a service project, and he could never pass by someone who was in need.  Because of this, he made many friends across the world throughout his life.  David set a standard to many of hard work, kindness to others, understanding, direction, and unfailing love.  David was especially devoted to his parents and loved spending time with them.  He will forever be remembered as the big brother to his five remaining brothers and sisters, who all love him and thank him for enriching their lives.   He now joins his beloved younger brother and best friend, Russell, who preceded him in death by only six weeks.  In addition he reunites with three of his grandparents and his uncle, Kevin Wheat.  He is survived by his parents, David and Pandora Wheat, his brothers Bryan Wheat (Sara), of Dillon, Montana, Michael Wheat, missionary, Stephanie Wheat of Twin Falls, Idaho, Alyson (Steve) Acheson of American Falls, Idaho, and Lindsey Wheat of Pocatello, Idaho.  The Wheat family would like to send a sincere and heart-felt thank you to those who have helped them with the passing of David and Russell.  In lieu of flowers donations are being accepted at Ireland Bank in Inkom for the David and Russell Wheat memorial fund.
Funeral services will be held Saturday, December 8 at 11:00 am at the LDS Church in Inkom, at the corner of Inkom Road, and Jackson Creek Road. Viewings will be held on Friday December 7, from 6:00 to 8:00 pm, and Saturday from 9:30 to 10:30 a.m. at the church. Arrangements are under the care of Davis-Rose Mortuary, 170 Idaho St, American Falls.  Condolences and memories may be shared at www.davisrosemortuary.com.

To order memorial trees or send flowers to the family in memory of David Lee Wheat Jr., please visit our flower store.