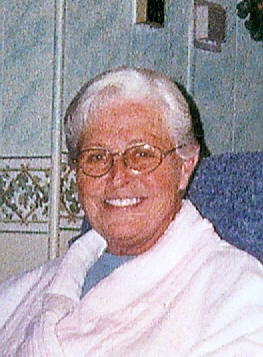 Ella Mae (Dolly) Shelman Arenas (79) of Rockland, Idaho passed away on February 14, 2021 in American Falls, Idaho.  Dolly was born in a log cabin built by her father, along the Snake River.  Dolly was born as Ella Mae Selman in Springfield, Idaho to Lane and Josephine Shelman on April 7, 1941.  Growing up she attended school in Springfield, Idaho later in life she worked as a housekeeper to many, being self-employed for 40+ years.  Working every day up to her 76th year.

Dolly was first married at the age of 15 to Raul (Rudy) Cardona for 18 years.  With this union they were blessed with a son Lepp Cardona, daughter Melissa (Cardona) Porath and daughter Elana Cardona.  Dolly later divorced and was remarried to Eliseo Arenas from that union was born a son Lane Shelman Arenas, they were later divorced.

Dolly was given her nickname by her father, whom she adored very much.  Her fondest memories are riding horses with her dad and growing up on the farm.  Her and her sisters looked forward to Christmas every year to a “new” doll from their mom.  The worn dolls would disappear every fall only to later reappear on Christmas morning as a brand “new” doll.  Lastly she absolutely loved her flower gardens and took pride in her beautiful lawns.  Every home she had she put all her effort into its beauty.  We will all miss her presence so very much!

Her famous last words were “WHATEVER!”

The memorial will be held spring of 2021.  Family will put out a notice in paper for those who wish to participate.

To order memorial trees or send flowers to the family in memory of "Dolly" Ella Arenas, please visit our flower store.
Send a Sympathy Card