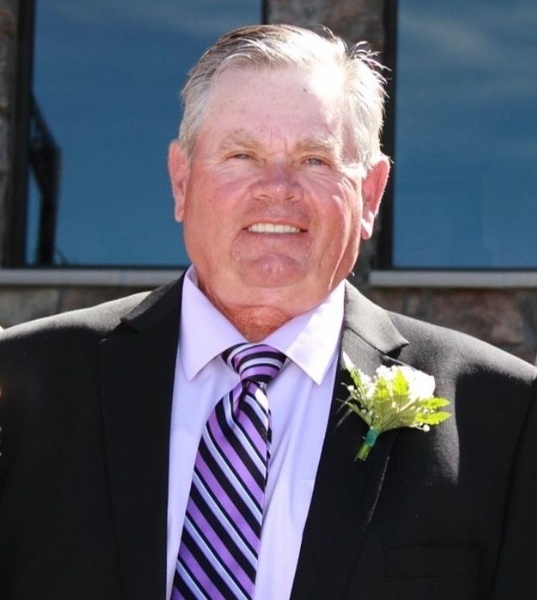 Donald Steven Benson passed away May 3rd, 2022, in Pocatello, Idaho after a courageous battle with cancer.  Steve was born to Donald Samuel Benson and Alene Afton Heaton on December 11, 1946, in Pocatello, Idaho. He attended schools in Rockland and American Falls, Idaho while growing up and later Casper College, Wyoming, and ISU.

Steve married Karen Eames Tyler in 1972 and later divorced.   On his birthday in 1978, he married Terri Shumaker, with whom he had sons Brian and Bradley.

Steve spent his life farming and ranching in the Rockland Valley and Coldwater areas.  His true passions were his land and livestock.  A good day for him was waking up at 4:30 AM and working at Fall Creek where he called home, or on the Roy dry farm.  He was always willing to help a friend in need and loyal to those he considered friends.  He was a strong man, both mentally and physically, and extremely athletic in his younger years.  Some knew him as "The Duke".  He provided sound advice to those who asked and taught his sons the value of hard work.  Steve was proud of his family and had a tender heart for his grandchildren.

Steve requested no funeral services but desires his friends to gather for a Celebration of Life to be planned in the near future.  The family would like to thank the Hope Lodge, Huntsman Cancer Institute and the staff at Portneuf Medical Center, especially Eric Whiteside, for their compassion and care. In lieu of flowers, donations may be sent to the Hope Lodge or Huntsman Cancer Institute in Salt Lake City. Condolences and memories may be shared at www.davisrosemortuary.com.

To order memorial trees or send flowers to the family in memory of Donald Steven Benson, please visit our flower store.