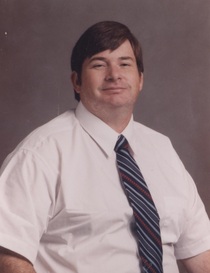 Donald Norman Corbridge, suddenly passed away on January 1, 2016 in Hagerman, ID. Donald was born December 27, 1958 to Loal and Vanadias â€œVeeâ€ Corbridge in American Falls, Idaho.
Growing up Donald attended elementary school in Grandview and Springfield and went to high school in Aberdeen where he was employed by Simplot Food Group.  He then quit his job, moved to Pocatello, started College, and was later hired on at Lamb Weston in the lab. His studies at Idaho State University consisted of business finance, and computer programming.
After Donny finished college he then moved to Nampa, ID where he purchased his first home and was employed by the state of Idaho. Throughout Donnyâ€™s life he was an active member of The Church of Jesus Christ of Latter-day Saints; he attended the temple on a regular basis, and held many callings. Donnyâ€™s hobbies throughout his life consisted of camping, fishing, dirt biking, tinkering on automobiles, and anything with Captain Jack (his dog).  He is well known by all family and friends for his late night stories and jokes around the camp fire and his laugh that radiated throughout the campground.  His laugh and smile could brighten anyoneâ€™s day.
Donny is survived by his brother, Dale (Michelle) Corbridge of Aberdeen; His nephews Chad Corbridge of Aberdeen, Nick (Brandi) Corbridge of Idaho Falls and a niece Ashlie Corbridge of Aberdeen.  Three aunts Elaine (Lenard) Bradley, Ila (Paul) Partner, and Donna Corbridge.  He is also survived by a lifelong friend Anita Stroschein.
He is preceded in death by his parents, sister Debra, and numerous aunts and uncles.
Funeral services will be held at 11 a.m. Wednesday, January 6, 2016 at the Lakeview ward in Springfield, Idaho.  The family will greet friends from 9:30-10:30 prior to services at the church.  Interment will be in the Springfield Cemetery.  In Lieu of flowers donations may be made to the Don Corbridge Funeral Fund set up at Wells Fargo Aberdeen Branch.

To order memorial trees or send flowers to the family in memory of Donald Norman Corbridge, please visit our flower store.
Send a Sympathy Card