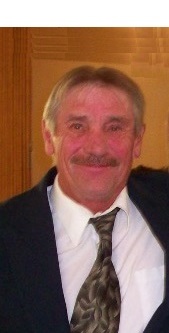 He was born on December 31, 1949 in American Falls to Ordell and Virginia Hess.

Donald was the second child of six in a loving family. He was raised in the Springfield, Idaho area and graduated from Aberdeen High School in 1968.

Donald met Kathy Hidalgo and they were married in 1976. They had their first of four children in 1979.

Donald spent his life as a farmer and mechanic; he later took over the family business in Springfield, Idaho.

One of the things he most enjoyed was helping organize and prepare food for family reunions and functions. From teaching them how to farm, drive a tractor or put a worm on a hook; he also enjoyed spending time with his grandkids.

The last few years, Donald took time to self-evaluate and reflect upon his life.

He devoted his last years to family and close friends.

Condolences, memories and photos may be shared at www.davisrosemortuary.

To order memorial trees or send flowers to the family in memory of Donald J. Hess, please visit our flower store.