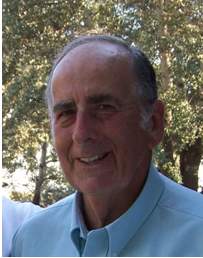 Donald Ray Simms passed peacefully November 23, 2014 in Pocatello, Idaho with his wife and children by his side. During the week, he was visited by all eight children, numerous grandchildren, several great grandchildren, sons and daughters in law, friends, neighbors, and caregivers. He loved much and was loved by many.

Donnie was born March 21, 1937 in American Falls, Idaho to Charles Daniel (“Pappy”) Simms and Mary Ethel Hanson. He lived, grew, and worked on a dairy farm in the Pleasant Valley area. The youngest of five children, Donnie learned to work hard, share what he had with others, and appreciate life. He rode his horse each day to the Mount Hope one-room country school through the fourth grade, and transferred to the town school for the fifth grade. It was in the fifth grade that he noticed the little third grader, Mary Barnard, riding her bike home from school. From the first time he laid eyes on the “girl with the long beautiful hair,” he loved her. He enjoyed school in American Falls, Idaho, playing basketball and serving as student body president. He attended Idaho State University before marrying his childhood sweetheart Mary Elizabeth Barnard in 1956. They were sealed for time and eternity in the Idaho Falls LDS Temple. Living numerous places around the West while Don worked at Wilson Foods, they finally purchased a family operated grocery store, Simms IGA, in Aberdeen, Idaho. Together they raised eight children.

Don served as city councilman in Aberdeen for many years, was Chamber of Commerce president, and loved taking part in the community. Aberdeen Daze celebrations were a favorite of his. With a flair for acting, Don opened The Stagecoach Theater in Aberdeen and acted in many a melodrama with friends and family.

He enjoyed keeping the grounds with Mary at Sportsman’s Park after retirement.

Music was a part of his life. Like his father before him, Don knew the first line to 365 songs, and the second line to none. Many a time, he would sing with gusto, a favorite song of his, but no two were ever the same.

He loved writing, woodworking, history, family, holidays, cooking, traveling, but most of all, his ‘goddess of light and beauty,’ Mary.

Don and Mary served a mission to the beautiful people of Detroit, Michigan making lifetime friends and memories. Don served in many callings in the Church of Jesus Christ of Latter-day Saints and was a faithful, genuine man.

Family members include his wife Mary, children Cindy (Nathaniel) Jarvis, Terrell (Renate) Simms, Rebecca (Kenneth) Pulliam, Brett (Tonya) Simms, Crystal (Adrian) Lear, Daniel (Tamara) Simms, Melissa (Scott) Macbeth, Melinda (Brandon) Tuia, brother, Bob (Teresa) Simms, and sister in law Iris Simms. He was preceded in death by his parents Charles and Ethel Simms, siblings Margaret (Vern) Allen, Dolly Moss, and Kenneth Simms. There will be a viewings Friday, November 28 at Davis-Rose Mortuary in American Falls, Idaho at 6 pm, and Saturday, November 29 at The Church of Jesus Christ of Latter-Saints, 4010 Hawthorne Rd., Chubbuck, Idaho at 10:00 am with the funeral service following at 11:00 am. Interment will be at Falls View Cemetery in American Falls. The family wishes to thank all who had a part in Don’s life for the many rich blessings that were and are his.  In lieu of flowers, the family suggests a donation to Parkinson's Research. Condolences and memories may be shared at www.davisrosemortuary.com.

To order memorial trees or send flowers to the family in memory of Donald Ray Simms, please visit our flower store.