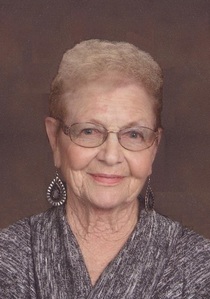 Doris (Dee) Elaine Egan, 85, of American Falls passed away peacefully on March 25, 2014.  Dee was born on December, 11, 1928, in St. Paul, Minnesota, to Bernice and Glenn Cornelison.  Dee spent her childhood in Rock Springs, Wyoming.  She, her parents and sister later moved to Twin Falls, Idaho.

After a previous marriage, Dee met and married Wayne Egan in 1967.  Dee and Wayne moved from Pocatello to American Falls in 1973.  They both became active members within the community until Wayne’s death in 2008.  Dee frequently commented on how very much she loved living in American Falls and how much she loved spending time with her many friends playing bridge and attending Wednesday Happy Hours.  She was blessed to be surrounded by numerous caring and thoughtful family and friends.  Dee was truly an animal lover and she was comforted to know that her pets have been adopted into loving homes.

The family extends their most sincere appreciation to the caring and compassionate staff at Harm’s Family Clinic, Power County Hospital and to Spring Creek during our mother’s past and most recent medical challenges.

A celebration of Dee’s life will be held at the St. John’s Lutheran Church in American Falls on Saturday, April 5th, at 2:00.   In lieu of flowers the family suggests that memorial contributions be made to:  Leash For Life, c/o Judy Fehringer, 3038 Juniper, American Falls, ID  83211.

“I miss my mother so very much and find myself pausing throughout the day thinking “oh I need to call mom” and then sadly remember, she is no longer taking calls.  Instead, I say a silent “thank you God” and commence to talk to her toll-free.”

To order memorial trees or send flowers to the family in memory of Doris "Dee" Egan, please visit our flower store.
Send a Sympathy Card