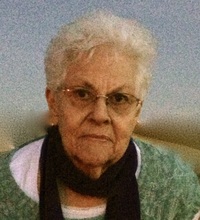 Dorothy Rae Woods, 76, passed away April 30, 2013, from heart failure. Dorothy was born May 1, 1936 in Puyallup, Washington, to Nancy and Orville Bowers. Dorothy was the middle child of five children. As a child Dorothy grew up in American Falls and attended school there.  Dorothy married David L. Woods and they raised six children while residing in Aberdeen, Idaho.

Dorothy enjoyed genealogy, which she worked on extensively. Dorothy loved to crochet and knit for herself and others. Dorothy also had a love of reading.

Dorothy was preceded in death by her husband David L. Woods, her brother Robert Bowers, her sister Ethel Bartholoma, her parents Nancy and Orville Bowers and, daughter-in-law Janna Woods.

Funeral services for Dorothy will be held Saturday May 4, 2013 at Aberdeen LDS church 149 West Central Street at 11AM. A viewing will be held from 6 to 7:30 PM Friday, May 3, 2013 at Davis Rose Mortuary in American Falls and 1 hour prior to services on Saturday.  Condolences and memories may be shared at www.davisrosemortuary.com.

To order memorial trees or send flowers to the family in memory of Dorothy Rae Woods, please visit our flower store.
Send a Sympathy Card