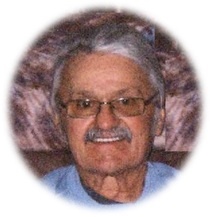 Douglas Lee Adams passed away on April 13, 2014. Doug was born on Jan. 7, 1950 to Donald and Shirley Adams in Grundy WV. On June 10, 1993 Doug married Kathleen ( Hensley) Adams in Las Vegas, NV. Doug worked at Conagra up until he retired. He is survived by his wife and his sister Brenda (David) Newton of American Falls, and one son Trever Adams. Doug enjoyed camping and fishing and playing with his Maltese dogs, he enjoyed spending time with all his many nieces and nephews. His funeral will be April 17, 2014, at 1:00 pm. At the Church of Jesus Christ of Latter Day Saints in American Falls, 650 Pocatello Avenue. Burial will be at the Falls View Cemetery following the service. Visitation will be on April 16, 2014 from 6 -8 pm at Davis-Rose Mortuary, 170 Idaho Street, and at the church at 12:00 before the service. Condolences and memories may be shared at davisrosemortuary.com.

To order memorial trees or send flowers to the family in memory of Douglas Lee Adams, please visit our flower store.