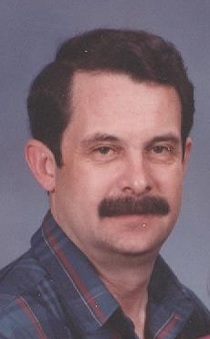 Douglas Delane Glascock
April 14, 1949-May 7, 2015
Douglas Delane Glascock passed away on Thursday, May 7, 2015 at his home in American Falls surrounded by his loved ones.  He was 66 years old.
Douglas was born in Pocatello, Idaho on April 14, 1949 to Robah Glascock and Marjorie England Glascock.  He was the 2nd of six children, and Robah and Marjorieâ€™s first son.  Douglas attended school in American Falls, graduating from American Falls High School in 1967.  While attending high school, Doug was a three sport athlete lettering in football, basketball and track.
Douglas married his wife Ella Jane on July 17, 1969 in Cascade, Idaho.  They had three wonderful sons, Paul Delane, Andrew Douglas and Kyle Donovan.
Douglas worked for 35 years in the Power County Assessors office, retiring as the county assessor in January of this year.  He started his career in real estate appraisal and assessment work with his father-in-law Pete Hunt, at the Hunt appraisal firm in Cascade, Idaho.  After three years working with his father-in-law, in 1972 Doug took the position as Chief Appraiser for the Washington County Assessorâ€™s office, in Weiser, Idaho.  Doug worked as the chief appraiser until January 1975.
In January 1975, Doug and Ella moved back to American Falls so that Doug could help his father on the family farm outside of Rockland.  In addition to working on the family farm, Doug was also hired as the Chief Appraiser in the Power County Assessorâ€™s office.  The Power County Commissioners appointed Doug as the new Power County Assessor in 1979.  Doug was reelected nine times between his appointment in 1979 and his retirement in 2015.  He was extremely proud of the people he worked with in the Assessorâ€™s office.  Working in the assessorâ€™s office for 35 years also gave Doug the opportunity to work with a number of other extraordinary county employees who, like him, were dedicated in their service to the county.
Doug was extremely involved in the American Falls Lionâ€™s Club.  He held a number of offices in Lionâ€™s Club, including treasurer, vice president and president.  His favorite position, however, was the sight and hearing chairman.  As the sight and hearing chairman, Doug oversaw efforts to collect glasses and to encourage people to donate their eyes upon death to help others with vision problems.  In appreciation of his commitment and dedication, Doug was awarded the Melvin Jones Fellowship; the highest humanitarian award given by the Lionâ€™s Club.
Just as important as his commitment to the Lionâ€™s Club was Dougâ€™s commitment to his church; The United Methodist Church in American Falls.  Doug volunteered significant hours to The United Methodist Church where he assisted with repairs, maintenance, and the everyday activities of the church.  Anyone that knew Doug knows that he was an extremely giving, loving, and caring person that was an extreme joy to be around.   Whether family, friend, or stranger, Doug was always willing to give his time, provide a helping hand, or share his wisdom.
Doug is survived by his wife, Ella Glascock; his children Andrew (Sara) Glascock, Kyle (Danyell) Glascock; his grandchildren Michelle, Jeremy, Emily, Brooke, Cole Douglas and his faithful dog Talhia Dawn.  As well as his mother, Marjorie; sisters Kathy Roy and Pam Bare and his brothers Kevin (Lil) and Drew (Kristina) Glascock.  Doug is also survived by his mother-in-law Hazel Hunt; brother-in-laws Bruce and Brad (Joan) Hunt; sister-in-laws Nicki (Phillip) Hyatt and Shelley (Carl) Kruegar; and many nieces and nephews.
He was preceded in death by his son Paul, brother Dwight and father Robah.
Funeral Services will be held at 11 am on Monday May 11, 2015 at the American Falls Community Church, 745 Bennett Ave., American Falls, Idaho.
In Lieu of flowers, the family asks people to make a donation to the American Falls Lionâ€™s Club or the United Methodist Church of American Falls.

To order memorial trees or send flowers to the family in memory of Douglas D Glascock, please visit our flower store.