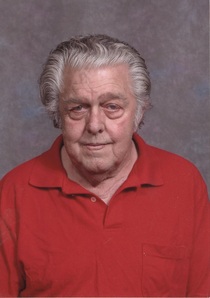 Earl H. Nichols passed away on November 12, 2014. He was born on June 16, 1938 in American Falls, Idaho to Rex and Helen Nichols. He was the youngest of five children.

He lived and attended school in Aberdeen, Idaho until he joined the Navy in 1957. He was honorably discharged in 1959. He married Kathy Vines on April 9, 1960 in California.

He was preceeded in death by his parents; a sister, Barbara and a brother Bob.

He is survived by his wife Kathy, his sons; Allen (Patty), Arnie, Marty & Larry (Shannon), and by a daughter Karen. And by his grandchildren; Quinn, Shane, Jaime, Shawn, B.J., Mindy, D.J., Cody, Kailey, Alissa,Ben, Ryder, Jordan, CaiDean, Logan, and 14 1/2 great grandchildren, and two sisters, Bonnie and Lila. He is also survived by his life-long friend and "runnin' mate", Bill Huber.

In his honor, there will be an informal potluck gathering at the American Falls Christian Fellowship on Harrison Street on Monday, November 17th at 6:00pm.

To order memorial trees or send flowers to the family in memory of Earl Harvey Nichols, please visit our flower store.
Send a Sympathy Card