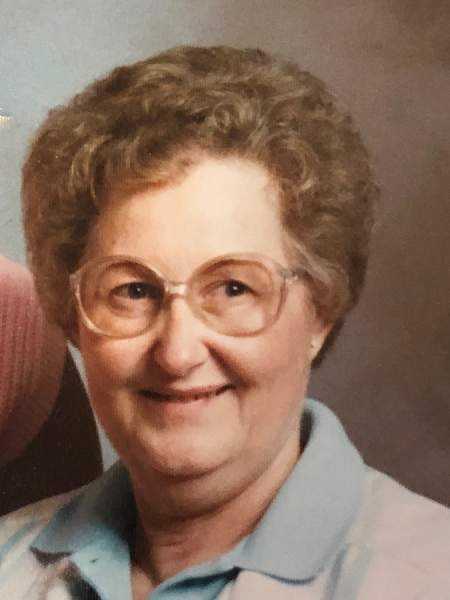 Edna was born on March 7, 1929 in Rupert, Idaho to Edmund and Marguerite Buttcane.  Edna graduated from Jerome High School in 1947.  She married Nile Darling on August 9, 1948.  Edna and Nile moved throughout Idaho with Edna settling in American Falls in 1992, after her divorce with Nile.  They had three daughters together, Cheryl Darling, Patsy Campbell and Nancy Dodson.

Edna worked for First Security (later Wells Fargo) as a teller for many years in Jerome, Boise, Salmon, Pocatello, Aberdeen, and American Falls, Idaho.  She was active in each of those communities where she was beloved and trusted everywhere she lived.   She enjoyed sewing, knitting and crocheting, particularly for her grandchildren.  Edna was an avid bowler and enjoyed both the competition and comraderies that the sport offered her.  She also enjoyed playing cards and the good friendships that developed over her years of playing.

Edna resided in American Falls since 1992 and was an active member of the P.E.O.  She moved to the Edgewood Manor care facility in 2018.  Her family greatly appreciates the care and love she was provided at Edgewood Manor.

At the request of Edna, there will be no viewing or service.  Her private wishes will be obliged by her family.

Condolences may be shared at www.davisrosemortuary.com .  Donations in Edna’s memory can be offered to the American Falls P.E.O. Chapter U in care of Joyce Foster at 2595 Sparks Lane, American Falls, ID 83211.

To order memorial trees or send flowers to the family in memory of Edna Louise Darling, please visit our flower store.