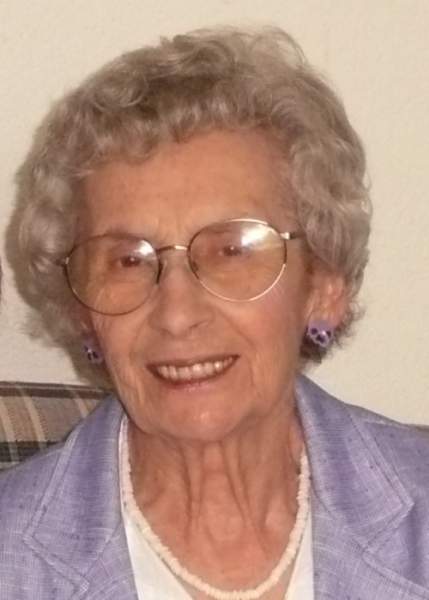 Eleanor Florence Tocaben Howes, 98, passed away on May 20, 2021 in American Falls, Idaho.  She was a strong, remarkable woman—with deep values, positive outlook, and a wry sense of humor—who raised a family by herself and inspired everyone who knew her well.

Eleanor was born on February 28, 1923 in New York City to Marcel Tocaben and Mary Farrell Tocaben.  Eleanor had three older siblings, Howard, Lillian, and Bobby.  When Eleanor was two, the family moved to Long Island to raise the children in a rural environment.  With no girls her own age in the neighborhood, Eleanor learned to entertain herself.  Reading became a lifelong passion.

An excellent student, Eleanor’s best subjects were math and English, and she graduated from high school at sixteen. After high school, Eleanor enrolled in business school.  After graduating, she worked as a bookkeeper, and later for a lawyer.

During her formative years, Eleanor adopted core values she practiced the rest of her life and taught to her children.  They included honesty, compassion, self-sufficiency, ambition, organization, focus, sacrifice, and thrift.  She also developed a positive, pragmatic approach to life.

In 1942, at the beginning of World War II, Eleanor moved to Washington, DC to work for the War Department.  There she became friends with Evelyn (“Lynn”) Frandsen, a young woman from Coeur d’Alene, Idaho.  Later, when Eleanor took the train to visit Lynn, she was charmed by Coeur d’Alene, with its small-town atmosphere and beautiful lake and forests.  Eleanor moved there in 1947.

Eleanor was soon hired as a bookkeeper by the local Packard dealership in Coeur d’Alene.  In June 1949 she met Francis Ames, a civil engineering student at the University of Idaho who was working in Coeur d’Alene that summer as an airplane mechanic.  They began dating and were married in September.  Eleanor joined Francis in Moscow as he completed his last year of university.

Upon graduating in 1950, Francis accepted a position with the Idaho State Highway Department, and they moved to Coeur d’Alene then bought a house in Dalton Gardens.  They began fixing it up, planning to save money to build a new home in a few years.  Their 3 children, Steven, Francine and Forrest were all born in Coeur d’Alene. Eleanor and Francis were loving, devoted parents.  They enjoyed playing with their children; taking them to drive-in movies and other excursions; and reading to them at night. Francis died on October 28, 1955.

Eleanor attended North Idaho Junior College for two years to achieve her associate’s degree, which would qualify her to teach. For the next decade, Eleanor devoted her life to raising her family and teaching elementary school students, first at Central School and then, beginning in 1960, at Dalton Gardens.  For years she taught during the day and cooked, graded papers, and went to night school evenings.  Summers were also busy, as she attended summer school to pursue her bachelor’s degree in education, which she received from Whitworth College in 1966.

Eleanor always found time to take her kids to church, lessons, and summer vacations.  For years, she sacrificed her own life for her children.

By 1965, Eleanor had saved money for a down payment to build a new home on the Dalton property. When she applied for a mortgage, the loan officer turned her down, explaining, “What would people say if we foreclosed on the Widow Ames?” She argued her case with the bank manager and he approved the loan. Eleanor designed the home she and Francis had dreamed of and hired a contractor. Years later, when Eleanor encountered the bank manager in town, he proudly told her that she was the first single woman the bank had ever given a loan.

In 1963 Ardell Gordon (“AG”) Howes came to Dalton School to teach the upper grades. They were married in 1967. AG brought three sons from his previous marriage to the family, Gordon, Gary, and Terry.

In 1972 AG and Eleanor built and moved to a new home in Hayden. They continued to teach in the Coeur d’Alene School District, finishing their last years at Canfield Middle School, until retiring in 1984.

Eleanor and AG enjoyed visiting their six children, other family members, and friends; gardening; riding horses; and taking care of their dogs, including Eleanor’s favorite Irish wolfhounds.  Eleanor became an active email user, frequently exchanging jokes and messages.  She enjoyed solving crossword puzzles and remained an avid reader, especially of mysteries, for the rest of her life.

After the sudden passing of AG, her beloved husband of 53 years, in October 2020, Eleanor moved to American Falls, Idaho to be near Francine.  There she enjoyed Francine’s love and daily visits, and the wonderful, caring staff at Spring Creek Manor, where she spent her last months in comfort and companionship.

Eleanor was a wonderful mother, grandmother, and role model.  She encouraged her children and instilled her values in them.  Whatever life dealt her, she made the best of it and carried on with a positive attitude.  And she maintained her delightful sense of humor to the very end.  When you visited Eleanor and AG, you always came away energized and inspired.

The family would like to thank the staff at Spring Creek Manor-American Falls for the wonderful care they gave Eleanor in her final months.

A viewing will be held on Wednesday, May 26 at 2 pm at Davis-Rose Mortuary.  A small graveside service will follow at 3 pm at American Falls Cemetery.

Eleanor Howes passed away on Thursday May 20, 2021 with her daughter Francine Rudeen by her side.  She resided in Hayden Idaho until recently when she moved into Spring Creek assisted living to be near her daughter.   A Viewing will be held at Davis Rose Mortuary at 2:00 p.m. on Wednesday May 26, followed by a graveside services at the Falls View Cemetery beginning at 3:00 p.m.  Condolences and memories may be shared at www.davisrosemortuary.com.

To order memorial trees or send flowers to the family in memory of Eleanor Howes, please visit our flower store.