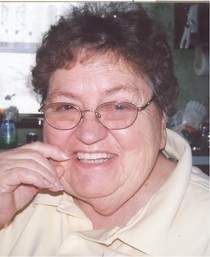 Eleanore Ina Beyeler passed to her heavenly home Saturday, February 20, 2016 from Parkinson's Disease. She was the second daughter born to Leo Leonidas and Ina Mary Mecham Packer on November 4, 1937. She was welcomed by her siblings, Betty Lee, Jim, Bill, Jack, Gene and to follow Mike and Sharon. Lee and Ina raised their family in the Tyhee area and then later moved to Pocatello. She attended Pocatello High School later obtaining her GED. It was a very proud moment at ISU.

Mom not giving up on love and happiness, she married Don R. Beyeler on April 27, 1974 and were later sealed in the LDS Temple. They celebrated 42 years together. In those years, they shared many moments with each other including traveling on their Gold Wing seeing the United States with smiles on their faces. During this time she was a member of the Gold Wing Road Riders Association. The GWRRA was a second family and supported them very much as Couple of the Year, District Director Team and several other offices. During this membership they were supporters of Camp Rainbow Gold helping children to enjoy a camping trip that had cancer. She was also a member of the American Legion Auxiliary Aberdeen Post
Eleanore was an avid scouter. She had many boys in her Webelos Den including her grandsons. She was so proud of her boys going to a First Aid Meet and having the top finishers. Scouting was her life, finishing her scouting by training upcoming leaders. She was awarded the District Award of Merit, Veteran Scout Award and she earned her Silver Beaver.

She was a member of the Latter Day Saints and there she held many callings including Relief Society President.

She retired from the Power County Hospital as the Head Housekeeper. During that time, she met several people whom she dearly loved. Many became her best buds. Later she chose to be placed in the Nursing Home because of the love and respect that had been shown her.

Mom loved to laugh, sing, dance and smile. She enjoyed being with family and having a meal together. Her family was a dancing bunch. She and her other siblings were light on their feet and could dance for hours enjoying every step.


She was preceded in death by her parents, Lee and Ina, sister Betty Lee; brothers, Jim, Bill and Jack Packer and son in laws J Foster and Robert Peanuts Bernal.  She

Mom you are our Sunshine soaring with the Eagles.... flying high free of pain and bondage of the difficulties of Parkinson's.

Services are under the direction of Davis-Rose Mortuary. A viewing will be held Friday, February 26, 2016 from 6:00-7:30 pm at Davis-Rose Mortuary, 170 Idaho St. in American Falls. Funeral services will be held 11:00 am Saturday, February 27, 2016 at The Church of Jesus Christ of Latter-day Saints, 656 Pocatello Avenue in American Falls with a viewing held prior the funeral at 10:00 am. Condolences and memories may be shared at www.davisrosemortuary.com

To order memorial trees or send flowers to the family in memory of Eleanore Beyeler, please visit our flower store.