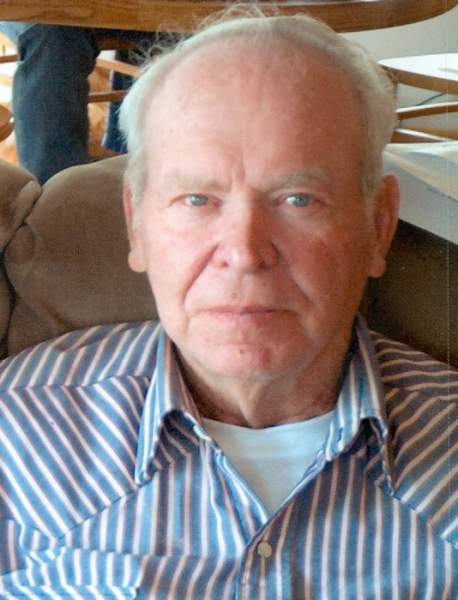 Born on April 22, 1935 to Orland and Inez Simonson, Elgin grew up in Sterling, working side by side with his dad on the farm. He attended and graduated from Aberdeen High school in 1953 and enjoyed playing the Saxophone in the high school band, he also played the piano and baseball. He was honorably discharged from the Army Reserve after serving 6 years where he was given the nickname ‘Big Sam’.  He eventually took over the family farm and raised dairy cows and pigs.

He was known throughout the community as a strong, kind man who put aside his own responsibilities to help his neighbors when in need. His children will miss his “lengthy talks” about life and stories from his childhood. He could always be seen with a smile on his face and often whistling a tune that was his own. He loved fishing and spending time with his family.

He is preceded in death by his son, Tyler Simonson; grandson, Spencer Nilsson and son in laws, Joe Behrend and Kenneth Vollmer.

Graveside services with Military honors will be held at the Springfield cemetery on Friday, June 29th at 1:00pm followed by a Celebration of Life service and pot luck lunch that will be held at Ron and Yolanda Nilsson’s home located at 2193 West 1085 South Sterling, Idaho.

The family would like to express their sincere gratitude to Solace Hospice- Julie, Rosmary, Andrea – for all the kindness, compassion, friendship and care they provided.

To order memorial trees or send flowers to the family in memory of Elgin Orland Simonson, please visit our flower store.