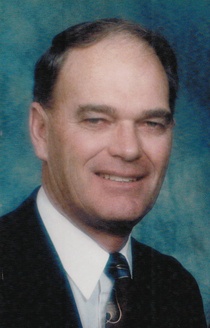 Kay was born June 5, 1944, the 10th of 15 children born to Edward Marion and Mary Ethel Adkins Stanger, in American Falls, Idaho.  He was a lifetime resident of American Falls, where he grew up on a local farm and attended schools in American Falls with the class of 1962, until age 16.   In November 1969, he earned his Idaho GED.

Kay served in the United States Army, beginning October 31, 1962, and one year in the Vietnam War, as a radio teletype operator and paratrooper of the 101st Airborne Division.  During that time, he was honored as an expert rifleman (M-14), and was awarded his parachutist’s badge.  In September 1963, he successfully completed the United States Armed Forces GED.  Kay was honorably discharged on October 25, 1965, as Sergeant E-5.  A few years after returning home, he joined the Utah National Guard, at Camp Williams, Utah, where he served until Feb 4, 1978.  While in the Utah National Guard, he was awarded his Basic Training Ribbon, a 5-yr. Service Ribbon, and the Utah National Guard Achievement Ribbon/ARMAC.  While serving in the Army and National Guard, he had a combined record of 100 jumps, as a paratrooper, and was honorably discharged as Special Forces-E7.

Kay was a member of the Church of Jesus Christ of Latter-day Saints, where he served diligently in numerous callings, in the American Falls First Ward, including Young Men’s President, Elder’s Quorum President, Bishop’s Counselor, Merit Badge Counselor, High Councilman, Bishop, Ward and Stake Missionary, Sunday School Teacher, Stake Mission Counselor, Stake Mission President, Temple Worker, and High Priest Group Advisor.  He held & honored the Priesthood, having served for over 50 years, as a Home Teacher.  Kay loved to serve others and was, always, very dedicated, in service to the Lord.

At age 12, Kay was the oldest son at home, and with his father ill, Kay began operating the tractor on the family farm.  When 16, he began working full time, for a cousin, in Lake Channel, until 18 years old.  After returning home from the Army in 1965, he drove truck for Kent Brother’s Transportation, for a few years, then worked seven years as a heavy equipment operator (backhoe), for Bengal Construction, of Pocatello, Idaho, which included road building projects, the construction of an earthen dam at Murphy, Idaho, and cleanup and re-construction of canals and waterworks in the Rexburg area, following the Teton Dam failure.  In 1981, Kay began his work in the irrigation industry, contracting with Funk Irrigation, in American Falls, to install underground mainline and electrical service for irrigation systems.  At that time, he, successfully, introduced PVC installation to Funk Irrigation.  In January 1988, he was awarded a certificate for completing the basic electrical course, from Central Community College, in Nebraska.  In the Fall of 1986, Kay changed his status from contractor to an employee, working for Funk Irrigation, until 1997, with various responsibilities, including sales & service.  In 1997, he became a manager of another local area irrigation dealership, Valley Equipment & Irrigation…working there for three years.  In November 2000, he was hired as a western states service representative and technician, by Lindsay Corporation, located in Lindsay, Nebraska, and was still employed by Lindsay, at the time of his death.  This job required him to travel about 50% of the year, which he did with a good attitude.  Kay was great with public relations, and was well-known for his integrity, dedication, good sense of humor, loyalty, generosity, creativity, and always striving to do his best.  During his 14 years at Lindsay, he presented service seminars to farmers and dealers, throughout the western U.S.  Kay served two years as a board member for the Idaho Irrigation Equipment Association, and was a presenter of “Center Pivot Management” classes at the annual IIEA Winter Show for five years.  Kay was honored as the “2007 Person of the Year,” by IIEA.

Kay was an avid reader, loved to go dancing with his wife, and enjoyed spending time with his children and 27 grandchildren.  Throughout his life, he was devoted to his family, his church callings and service, and dedicated his best knowledge and effort, to his employer.

Kay was preceded in death by his parents, an infant daughter, Jill Marie, a son, Bradley Kay, three brothers and three sisters.

The family expresses love and thanks to all who have provided service, meals, and words of kindness and compassion during the past few weeks.

Donations can be made, in memory of Kay Stanger, to:

To order memorial trees or send flowers to the family in memory of Ellis Kay Stanger, please visit our flower store.
Send a Sympathy Card