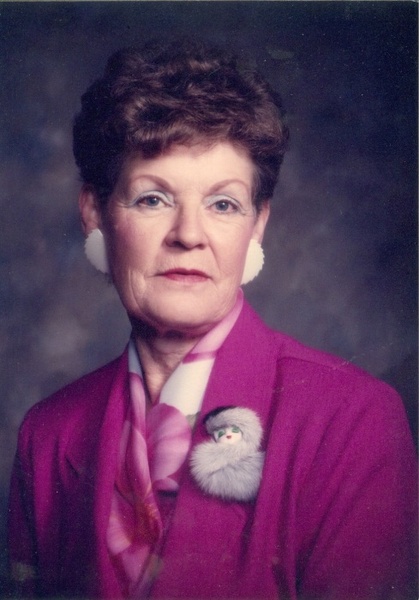 On October 26, 2017 Ruby Ethel Gish passed away at her home in Pocatello, Idaho surrounded by her family.  Ethel was born May 21, 1928 and lived all her life in the Pocatello/Inkom area.  She is the daughter of Heber Girard and Bertha Curzon.

She met Robert Gish in 1948 and they were married April 25, 1945 in Pocatello.  Then on October 27, 1983 they were sealed together for all eternity at the Idaho Falls Temple.  They were blessed with three sons:  Larry Lee Gish, Alan Lynn Gish and Delray Leon Gish all of which have survived her.

She is also survived by two brothers Floyd Newbold, Dennis Newbold and a sister Shirley Springsteed.  She has 14 grand-children, 23 great-grandchildren and 4 great-great-grandchildren. She was a devoted mother and grandmother always available for a hug which she gave freely.  Ethel did work outside the home at Challenge Dairy, then at St. Anthony hospital.

She was preceded in death by a brother Glenn Girard, sisters Darlene Seibert, and Donna Farnworth all which passed earlier this year.  On Monday, Oct 30, 2017 she was laid to rest by her companion of 54 years Robert Gish at The Falls View cemetery in American Falls, Idaho.  She will be missed by all.

To order memorial trees or send flowers to the family in memory of Ethel Ruby Gish, please visit our flower store.
Send a Sympathy Card