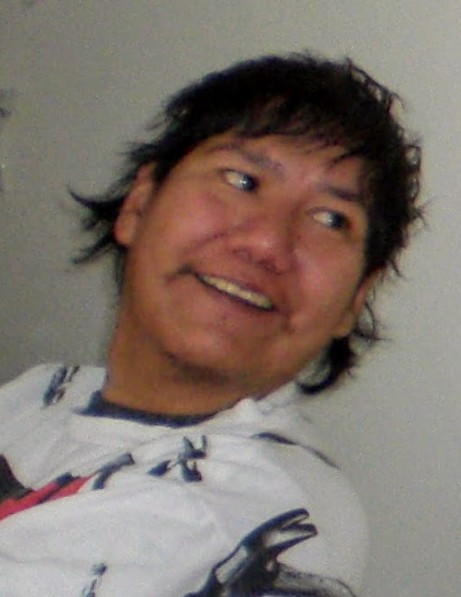 Our beloved Farel Vic Simons was welcomed back into the arms of his Savior and was met in a much anticipated and joyful reunion with his family and loved ones on October 2, 2021.  Farel was born November 15, 1969, in Pocatello, Idaho to Farrell R. Wildcat and Isabell Pohipe Wildcat.  At 21 months old he was placed into a home through the Indian Placement Program.  His foster parents, Max Flueitt Simons and Verna Payne Simons adored and loved him and chose to adopt him into their family.  He added so much life and love to their home and was well loved in return.  The adoption was finalized September 14, 1976, he was later sealed to them in the Idaho Falls LDS temple.  Farel was the youngest of four in the family by 15 years but had the opportunity to be joined by many other foster children and cousins who became like friends and family to him.  Farel grew up on a small farm in American Falls, ID.  He was always a hard worker and spent a lot of time working on the farm, spent his early mornings milking cows, moving pipe, bailing hay, and tending to the animals.  The farm was not all work but also offered a place for a magical childhood.  Farel spent many hours building forts in the fields and outbuildings, feeding baby pigs and calves (and sometimes riding them too), and exploring and playing with the dogs and cats.  He loved to play GI Joe and cars and loved to skateboard.  He spent a lot of time kicking his nieces and nephew out of his room but was so good to them.   He was naturally creative and loved to draw and paint and that passion to create continued throughout his life.  He lived next door to his grandma, Syvella Payne and they shared a great fondness for each other.  Farel was a member of the Church of Jesus Christ of Latter-Day Saints and also participated in scouts.  Farel graduated from American Falls High School and LDS Seminary in 1989.

In his early adult years, he reunited with his biological sisters and dad, and they have had a beautiful relationship for many years.  Farel held several jobs throughout his life including working at Lamb Weston, as a bus cleaner and was very proud of becoming a flagger.  He also received a certificate to become a private investigator.  He dreamed of being a clown in the rodeo.

Farel loved to have fun and be with people!  Movies, particularly westerns were a favorite of his.  He loved to play darts, go to the arcade, cruise around in his car, watch Monster Truck shows, go to rodeos, play pool, eat a Elmers, go fishing and found great delight in singing karaoke.  His collection of movies and music was a testament of that love.

Farel struggled with a developmental disability and had many health issues throughout his life.  Although his circumstances were often difficult and he had every reason to complain, he rarely did.  He was known by all as a “happy guy” and loved to spend time with people. He was best known for his sense of humor, always cracking a joke, and teasing and had a contagious laugh. He was generous and kind and could always be found with a giant smile on his face.  He never asked for much and was generally content.  He was proud of his independence, as he should have been because he worked hard for it.

We feel grateful that he was ours and that he was able to belong to so many of us, our lives have been blessed.  He was a bright spot in our world and we will miss him dearly!

We would like to offer a special thanks to Janet and her staff at Independent Living Services who loved and cared for Farel for many years. He considered you family and you enriched his life.

A viewing will be from 9:00 a.m. to 9:45 a.m. on Friday, October 8, 2021 at the LDS Stake Center, 111 Church Place, American Falls, ID.  The funeral service will follow at 10:00 a.m. with the interment at the Neeley Cemetery.  To share condolences, memories, and photos please visit www.davisrosemortuary.com

To send flowers to the family or plant a tree in memory of Farel, please visit our floral store.

Click to download / open
To order memorial trees or send flowers to the family in memory of Farel Simons, please visit our flower store.
Send a Sympathy Card