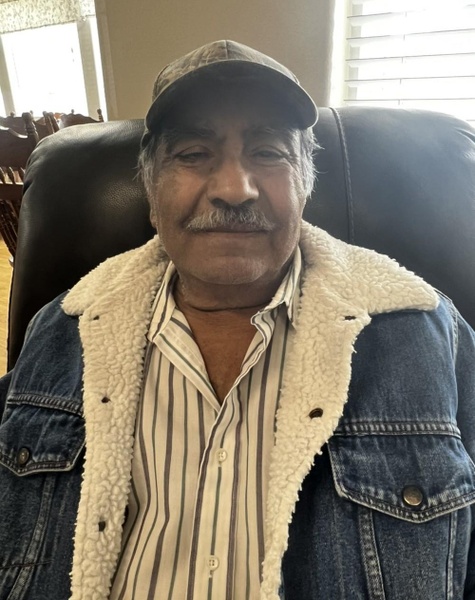 In the late 70’s Pancho moved to California where he lived for just a few weeks before he heading to Idaho where he found his forever home in Aberdeen.  It was in Aberdeen that he met Ann Jackman in 1983 at a local dance.  Pancho loved to dance and listen to live Spanish music.  Pancho and Ann were married in 1984 and had 38 years together.  In that time, they took a few trips one memorable one was in the early 2000’s they drove their Ford Explorer all the way to Puerto Vallarta Mexico. It was an adventure for sure!

Pancho was very proud to be become a US Citizen on January 28, 2004.  Pancho worked for Conagra for two years and 20+ years at JR Simplot until his retirement in 2006.  After retirement he liked working other jobs for local farmers during harvest which included driving potato and beet trucks and running other farm equipment.  Pancho very much enjoyed gardening and had a very plentiful garden every year.  Over the years he had a horse or two, 50+ chickens at one time, goats. etc.  He had several dogs along the way, but his “Bella” girl was the most dear to his heart. Bella was bilingual thanks to Pancho who spoke to her in Spanish and English!

To order memorial trees or send flowers to the family in memory of Francisco "Pancho" G Hurtado, please visit our flower store.