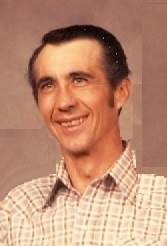 Gail M. Wood (76) passed away on March 30, 2017 at his home in American Falls after an extended Illness.  Gail was born on August 17, 1940 to Morris T and Ruby J (Hunt) Wood in Santa Monica, California. When he was one year old Gail and his parents returned to West Jordan, Utah where his father Morris took over the family farm.  Gail began farming with his Dad at a very early age.  Blocks of wood were wired to the truck pedals so he could reach them.  Many years were spent on the dry farm with an old T-D-9 International Crawler.

On January 26, 1962 Gail and Twila (Webster) were married.  This was also the year the farm in Arbon Valley, Idaho was purchased.  For a period of ten years several months were spent traveling from West Jordan, Utah to Arbon, Idaho in order to maintain both farms.  During this time three wonderful children were born Robyn, Randy, and Ryan.  In 1972 Gail moved his family to Arbon where he could finally call it home.  Gail loved his children and taught them well.  Gail taught them how to work by influence and desire, to be responsible, and above all respect. Gailâ€™s farm was his hobby and his life.  It gave him great satisfaction to be a steward of the earth.  He sold the farm in 2002.  This was a difficult decision that he had to make.  He left his livelihood, good neighbors, and friends behind to start a new phase of his life in American Falls.  It didnâ€™t take long for him to find work with several farmers in the area.  He was grateful for the opportunity to run their equipment and be a part of their farming practices.  He acquired many friends and was able to continue doing what he liked best.

A graveside service for family and friends will be held 11:00 am Saturday, April 22, 2017 at Falls View Cemetery in American Falls.

To order memorial trees or send flowers to the family in memory of Gail M Wood, please visit our flower store.