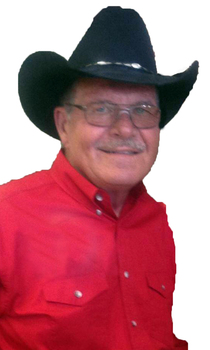 Gary Moldenhauer, 68, of American Falls passed away November 14, 2014 at HARMS Memorial Hospital due to complications of surgery.

Gary was born August 12, 1946 in Pocatello, Idaho to Lloyd Moldenhauer and Betty Baxter Moldenhauer.  Gary attended Pocatello schools growing up and was a part of the first graduating class from Highland High School in 1964.  After graduation he enlisted into the army and did a tour of duty in Vietnam.  When Gary returned from war he attended Idaho State University and was a part of the Delta Chi fraternity. He graduated with a bachelor’s degree in Business Education. After his college graduation he started his career at Idaho Power. During that time Gary met and married Jill Pond and adopted her three children Allen, Robert, and Kathy.  Ten years later they were blessed with their third son Cody. In 1974, Gary moved their family to American Falls Idaho where they made their home. Gary continued his career at Idaho Power in American Falls for 30 plus years and that is where he retired. He was married to Jill for 40 years until she passed away in 2010.  He later met and fell in love with Sonja Hollist. They married in 2013 and Gary inherited a daughter Megan. Together, they enjoyed the last few years of his life doing activities and enjoying both of their families.

In Gary’s early years he was involved in the rodeo; he rode broncs and bulls. He also enjoyed hunting, snowmobiling, and golfing. He enjoyed spending time and supporting his grandchildren in all of their activities. He was a lover of people and being social. All will miss Gary.

A viewing will be held Wednesday, November 19, 2014 from 6:00-8:00 pm at Davis-Rose Mortuary, 170 Idaho St, in American Falls. Funeral Services will be held Thursday, November 20, 2014 at 2:00 pm at the American Falls Community Church, 745 Bennett St., in American Falls directly following a viewing at the church beginning at 1:00 pm.  Internment with military honors will follow in the Falls View Cemetery. Condolences and memories may be shared at www.davisrosemortuary.com.

To order memorial trees or send flowers to the family in memory of Gary Moldenhauer, please visit our flower store.