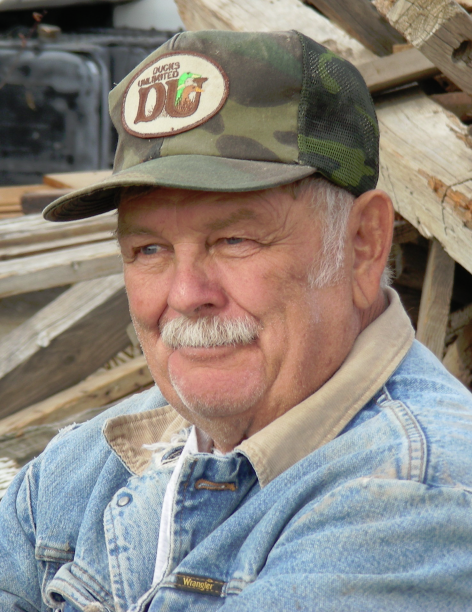 George Albert Pierce, 80 passed away peacefully in his home in American Falls on October 28, 2020 after a long illness with heart disease.

George was born in a home on the outskirts of Aberdeen, Idaho February 20, 1940.  He was the son of Ralph Thomas Pierce and Grace Eleanora Carr.  He was greeted by two older sisters, Joan and Chana.  Later another sister was added to the family, Sandra Jean.

At a young age his father went into the Army, so his family moved to Salem, Utah to be near extended family.  This was a happy time for the family.  After his dad returned from the military, he remained in Salem with his Grandmother Hansen while the rest of the family loved back to Idaho.  He went to the first grade in Salem.  At this time, he was baptized in the Church of Jesus Christ of Latter-day Saints. He was then relocated back with his family in Idaho.

George had a deep love and respect for his siblings and loved being with them.  If you were a mouse in the corner, you could hear them laugh and reminisce about their childhood and the times they shared together.

George was educated in the American Falls and Aberdeen public schools.  In 1957 he joined the US Navy and has a 23-year career as an Electrician's Mate in the service of his country.  He received many letters of commendation and served two tours of duty in Vietnam and various duty stations in the far east.  He always felt it an honor and privilege to have served his county and reminded his wife on many occasions how blessed we are to live in this wonderful USA.

While stationed in Everett, Washington he met his wife Janice Jean Weaver and they were married April 21, 1961 in Superior, Montana.  They were blessed with two wonderful children, a son Gregory Alan and a daughter Chana Marie.  To this day George would say that they were what he was most proud of.  Military life caused them to move a great deal and the family was left behind on many deployments.  George and Janice were married 23 years.

Due to health problems George was released from active duty and he returned to Idaho which is where he always felt his roots were.

In this chapter of his life he bought a farm in Caldwell, Idaho.  Soon after he married Shirleen Mitchell Zahn on June 8, 1985.  With this union he gained three more children, Gwen Ella, Launa Lee and Guy William.  He treated them like his own and showed love and concern for each one.

He loved his community and each ward he lived in.  He served on a district water board for years and functioned as the president of the canal company.  He was Shirleen's third counselor as she served in church callings.  You would hear her say she couldn't do it without him.

George was a visionary man and always talked about the things that would happen in our area.  He loved to see the expansion of our city and farm area.  One of his greatest goals was to build his own home, which he accomplished.  He took pride in sharing it on many occasions with meetings and dinner parties and family functions.

In his early years he enjoyed hunting and fishing with his Dad and family.  George was an avid reader and had an unusual knowledge on many subjects.  He loved his farm and running cattle.  He could spend hours on a tractor and could move cattle without running or howling with his trusty dog Sue.  It wouldn't be complete without mentioning his love for auctions.  He had a 40 x 60 foot shop filled with his so called treasures.  He also had a desire to buy a VW Bug for each of his grandchildren.  At one time he had 27 in our yard.  Some of them even ran!!

After Shirleen retired she convinced George into moving back to American Falls, so in 2014 they bought a home there.  After moving back to American Falls, they became active in the Senior Citizen Center and delivered “Meals on wheels” for a few years.  Then in 2018 they bought a second home in Yuma, Arizona.  With this move he had the best of two worlds, being able to spend valuable time with his children from California.

George had a calming, gentle attitude and personality touching the lives and hearts of his children, grandchildren, and friends. He and his influence will be missed throughout the eternities.

A viewing will be held prior to the services at 10:00 a.m. at the LDS Church in American Falls located at 650 Pocatello Ave. on Friday November 6th.  Funeral services will follow at 11:00 a.m.  Burial services with military honors will be at the Aberdeen Cemetery.  The funeral service will be live streamed at DavisRoseMortuary.com on Georges’ obituary page.   A private luncheon for the family will follow.  In leu of flowers, the family has asked that donations be made to the local Senior Citizens Center in honor of George.  Memories and condolences may be shared at DavisRoseMortuary.com

To order memorial trees or send flowers to the family in memory of George Albert Pierce, please visit our flower store.