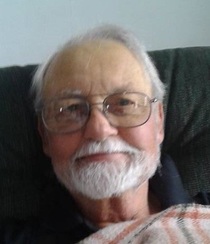 Gerald Vance Rice â€œJerryâ€ 1939~2017 passed away in his home on July 3 in Aberdeen, Idaho accompanied by his fiancÃ© Mary Staley after a valiant battle with pancreatic cancer. Jerry was born Jan 31, 1939 to Lyle and Evelyn (Dutcher) Rice in Rhinelander, Wisconsin. His family moved to Utah a few years later. Jerry grew up on a farm in Taylorsville, Utah. Jerry started in Deverallâ€™s welding shop at the age of 13. He continued as a master welder until retirement from Kennecott after 30 years of service.

He served in the United States Army Reserves. He was an accomplished fixed wing pilot, a scuba diver as well as a mechanic and craftsman. He built many racing and off-road vehicles. He enjoyed being Santa Claus and spent time woodworking and carving. He liked traveling, wintering in Arizona, spending time with family and friends, cooking, attending drag racing and dirt track events. He always had to find the end of any dirt road and he always helped people.

He is survived by his FiancÃ© Mary Staley; his sons Steven and Anthony; his grandchildren Lance Helston, Ben Miller, Trevor Rice, Shallissa Fellows, and Wyatt and Duke Rice; and his brothers Vernon and Orvil. He was preceded in death by son Kelly, parents Lyle and Evelyn and sister Charlene.

To order memorial trees or send flowers to the family in memory of Gerald Rice, please visit our flower store.
Send a Sympathy Card