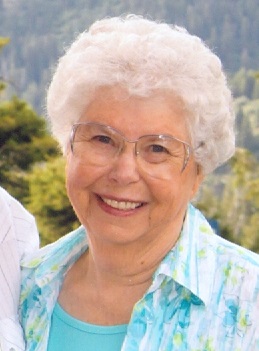 Ginger (Virginia) Delores (Johnson) Fehringer, 83, whom lived in American Falls, Idaho, passed away unexpectedly on February 18th, 2019 at the Bingham County Memorial due to complications after a fall.

Ginger was a very loved and respected member of the community who enjoyed cooking for various causes, playing cards with her friends, crafting, and keeping in touch with her family.  Ginger was born in Peetz, Colorado on August 14th, 1935, to Delbert and Margaret Johnson. She was the first of 11 children.  When she was 7, she began to work for her father as a switchboard operator to help run the town’s phone company. Ginger worked for the phone company through high school until she married Mark Fehringer.  They were wed on February 12th, 1955 in the Catholic Church in Peetz, Colorado.  Three weeks after their marriage, Mark and Ginger set off for a new life full of adventure in Idaho.  There, they raised a family of 6 children in Aberdeen while farming potatoes. After 12 years in Aberdeen, they moved to American Falls and continued to farm.  Ginger has been a pillar of the community her entire life, always willing to offer a helping hand.  She provided meals for grieving families, volunteered to help the voting polls and the red cross, and served in the Catholic Church in any way they needed her.  Ginger did this with the goodness of her heart and with a loving spirit, never asking for anything in return.  In 2005 Mark and Ginger were honored to be selected as Grand Marshals of the American Falls Day Parade.  Ginger has continued to love and support her family over the years and will be remembered as a loving sister, wife, mother, grandmother, and great-grandmother.

To order memorial trees or send flowers to the family in memory of Ginger Dolores Fehringer, please visit our flower store.
Send a Sympathy Card