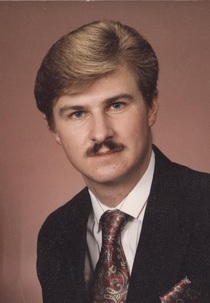 
passed away of a massive heart attack on November 14th 2014.  He was born March 18th 1961 in Pocatello to Harold and Nora Dell (Cox) Hartley.  Glade grew up in Rockland participating in many adventures there and attended school there until he later transferred to American Falls from which he graduated in 1979.  Glade then moved to Sun Valley and worked in the lodge which was of the beginning of several hospitality jobs.  Glade later moved to Pocatello where he met Bonnie Friedrichsmeyer whom he married on March 3rd, 1984.  They eventually moved to Boise where Glade went to ITT Technical Institute and received his certificate in accounting.  On January 3rd 1986 a daughter, Britney Jade Hartley was born followed by Brooke Elise Hartley on March 23rd, 1990. Glade and Bonnie later divorced and he moved to Dana Point, CA and then on to San Francisco.  There he met his significant other, James Knigge in 1991.  Glade and James loved to travel and enjoyed many trips to Hawaii.  They later moved to Dallas, TX to take care of Jamesâ€™ mother.
Glade is survived by James Knigge; daughters Britney Hartley (Kenneth Sadowski) and Brooke Hartley (Dustin Seibert); grandchildren Alana, Kali, Kennedy & Brant; sister Marla (Ron) Bodenstab and brother Richard (Norma) Hartley.  He was proceeded in death by his parents, grandparents and several aunts and uncles.
A memorial service will be held at 11:00 am Saturday, April 4, 2015 at the American Falls Community Church, 745 Bennett Avenue. An inurnment will follow at the Rockland Valley View Cemetery.   Memorials preferred to the American Heart Association.

To order memorial trees or send flowers to the family in memory of Glade Hartley, please visit our flower store.