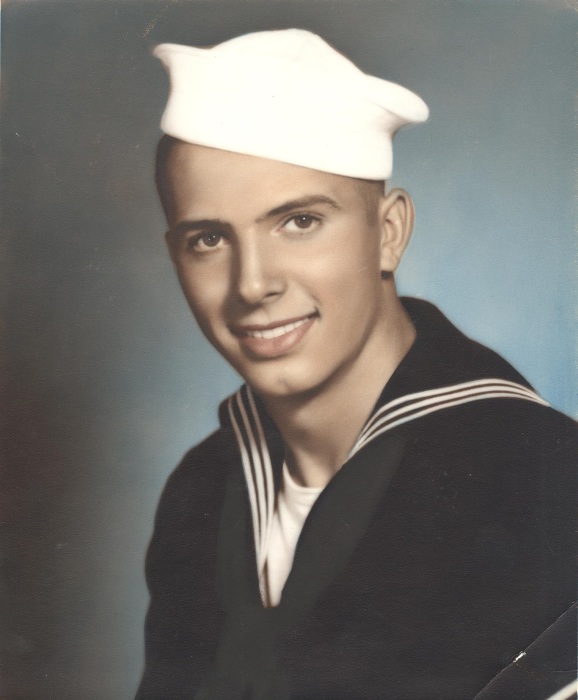 On May 17, 2018 Glen passed away peacefully at his home with family surrounding him.

Glen was born in Holyoke, Colorado on December 3, 1932 to Ervin Kuhnke & Enda Kapperman Kuhnke. At the age of 4, Glen moved in with his Grandparents Fred & Ida Kapperman. Glen lived with them until the age of 14 when he moved to Craig Colorado to live with his mother Edna and step father George Morrical.

In 1951, Glen joined the Navy. Glen served on the ship Juneau Class-119 until 1955. Glen was an Engineman 2nd class sailor. Glen’s favorite place to stop was Japan. The Japanese were the friendliest and kindest to the US Sailors. During the time he served on the Juneau, he was deployed to the Korean War. The medals Glen earned are: National Defense Service, Good Conduct, Korean Service, United Nations service, Navy occupation service, & Korean Presidential Unit citation. As you can see Glen was very dedicated to the Navy and he loved his country.

When discharged in 1955, Glen moved to Farmington New Mexico. This is where he met his bride Lottie Barnes. They were married on September 12, 1956. To this union they were blessed with 3 children. Lori Morrical, Dale Morrical, & Donna Morrical Thornton.

In 1972, Glen bought Martin Spring Works in Pocatello Idaho. Glen moved his family to Inkom Idaho from 1972-1977. In 1977, Glen moved the family to American Falls, Idaho. They owned a small farm/ranch, where they raised multiple racehorses and cows. This was a passion of Glens.

Glen is preceded in death by both parents, Grandparents, and his daughter Lori Morrical, sister-in-law Sandy Woodard, & brother-in-law Tony Barnes.

The family will receive friends from 5:00 pm- 6:30 pm Friday, June 1 at Davis Mortuary, 170 Idaho St. in American Falls and 1 hour prior to services on Saturday, June 2 at St. John’s Lutheran Church, 656 Tyhee Ave also in American Falls. The funeral service will be at 11:00 am at the church. The military committal will follow the service at Falls View Cemetery. A luncheon after the graveside will be held at the St John’s Church for all family and friends.

In Lieu of flowers, donations may be made to the Power County Senior Citizen Center or The American Legion Roland Evans Post No 3.

To order memorial trees or send flowers to the family in memory of Glen H. Morrical, please visit our flower store.