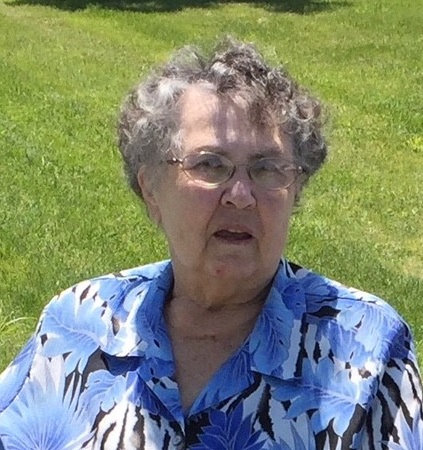 Glenna L. Parrish, 81, passed away from this life on January 19, 2018 in Pocatello, Idaho.  Glenna was under the care of Heritage Hospice and Monte Vista Hills the last month of her life.

Glenna was born October 21, 1936 to Don Barton Parrish and Ellen Mae Wheeler Parrish in American Falls, Idaho.  She liked to say she was the only one in the family born in a hospital.  She was the youngest of five children; two sisters and two brothers.

She grew up on the family farm attended school in Aberdeen; graduating from Aberdeen High School in the class of 1954. She was baptized a member of the LDS faith.  Glenna never married and stayed on the farm in the Aberdeen area until later in life.  After her father’s death, Glenna and her mother operated the farm.  Milking cows, raising beef cattle, and farming until her mother’s death.  Then Glenna operated the farm and cattle herd in a working partnership with her sister and brother-in-law Lowell and Dorothy King who farmed next to her place.

In 1997 due to health reasons Glenna, Dorothy and Lowell sold the farms.  They moved to Pocatello and Chubbuck to be closer to family.  Glenna purchased a home in Chubbuck, where she resided until very shortly before her death.

She is survived by brother-in-law Lenard L. Jolley, sister-in-law Nola Rae Parrish, along with a growing three generations of nieces and nephews to numerous too name.  Many to whom she was more than just Aunt Glenna.  She was a friend, a mother figure at times, and one of the kids at other times.  We will all miss you, but you are now where you need to be.  Love, all of us left behind.

The graveside service will be at 2:30 PM January 27th, 2018 at the Aberdeen Cemetery, Aberdeen, Idaho.

To order memorial trees or send flowers to the family in memory of Glenna L. Parrish, please visit our flower store.
Send a Sympathy Card