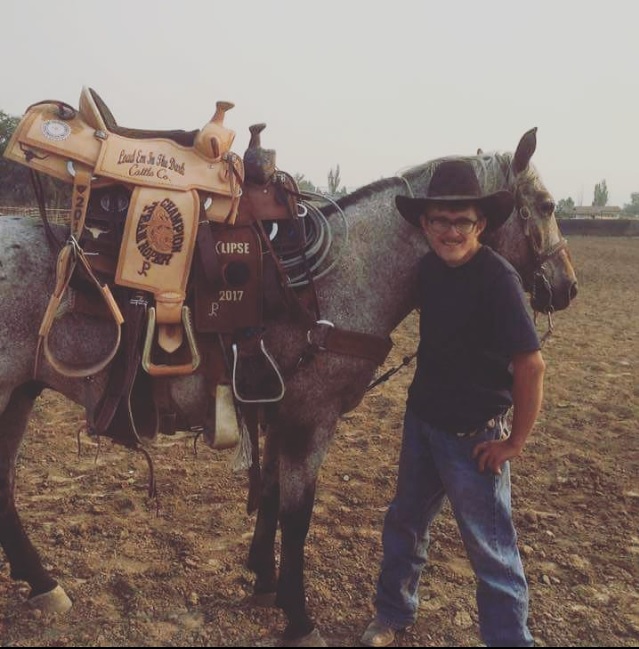 Gus Morgan Kuttler passed away October 5, 2018 in Pingree, Idaho peacefully in his sleep.  Gus was born to Ralph Dennis Kuttler “RD” and Cindy Sue Kuttler in Pocatello, ID on July 26, 1996.  Gus graduated from American Falls High School in 2015.  He was a faithful employee at AMS where he worked as a Rubber Coater.  Gus was an avid team roper where he excelled and won many buckles and saddles along with many other awards and trophies.  He was the District 4 Champion Heeler in 2013 with his partner, Tyler Scherer, and several state qualifications.  He was an avid hunter and fisherman and spent many of his days on the mountain with his brother Max or on the river fishing with Ronnie Turner.  No one could pull the trigger as fast as Gus.  When Gus wasn’t found at work or roping he enjoyed making videos on his You Tube channel under the alias “Cowboy Dipper” where he had many followers, and everyone loved his weekly videos about various things.

Gus loved all, mainly his siblings, but he truly bonded with his nieces and nephews.  Rain or snow, sunny or not, Gus could be found jumping on the tramp or playing a game with all of them.  In true tribute of Gus’s heart was when he had a saddle that he had won, built specifically for his youngest niece Kimber.  He was proud of this accomplishment and giving the saddle to her was a moment he held dear to his heart.  Gus was loved by many and never a day went by that his smile didn’t bring light to every place he went.  He was always a positive person and he never strayed from doing the right thing.  He was the toughest, most kind person you could ever meet.  There will never be another Gus.  Gus lived his life being a cowboy and he was very passionate about it.  He and R.D. had a quote they would want to share now and always, “Long live cowboys!”

To order memorial trees or send flowers to the family in memory of Gus Morgan Kuttler, please visit our flower store.
Send a Sympathy Card