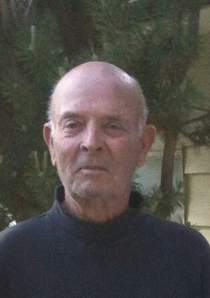 He was born April 22, 1932 in Chester, Idaho and he spent his whole life in this state. The last 50 years in American Falls. He married Marlene (Sadie) Craven on July 12, 1953 and that union lasted nearly 50 years until her passing. From that marriage came five children.

He worked many jobs throughout his life, but ended up retiring from Lamb Weston. He loved working on cars and trading them. â€œWheeling and dealingâ€, as he called it. You never knew what he would be driving on any given day. His other passion was for his beloved dogs. Frances and Bob whom were waiting for him at the gates of heaven with tails wagging.

He spent the last eight months of his life in the Boise, Idaho area. There he happily made special memories with his granddaughter Sydney and his great grandchildren Tommy, Mackenzi, Stevie and Daytona. He was surrounded by love and will be deeply missed.

Graveside services were held Friday, August 7, 2015 at Falls View Cemetery. Condolences and memories may be shared at www.davisrosemortuary.com

To order memorial trees or send flowers to the family in memory of Harvey Hugh Winters, please visit our flower store.