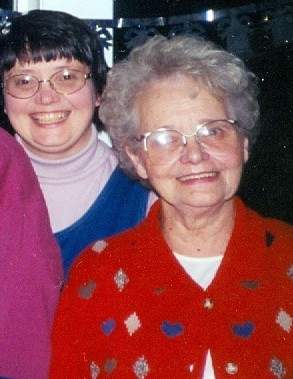 Hazel is survived by her children Ella Jane Glascock, Bruce Hunt, Brad and Joan Hunt, Nicki and Phil Hyatt, and son-in-law Carl Krueger. She has several grandchildren, great grandchildren, one great, great grandson, three sister-in-laws and one brother-in-law along with numerous nieces and nephews.

She was preceded in death by her husband, “Pete,” her daughters Sheila Hunt and Shelley Krueger, her son-in-law Douglas Glascock and grandson Paul Glascock, and also her parents and all fourteen brothers and sisters.

A memorial service will be held on February 9 at two o'clock in the Nazarene Church at 510 E. Indianhead Road in Weiser, Idaho. Interment will be in American Falls, Idaho.

We would like to give a heartfelt thank you to Heart 'n Home Hospice for all the loving care they provided. There will always be a special place in our hearts for all the caregivers.

In lieu of flowers donations in her name can be made to the Pancreatic Cancer Action Network.

To order memorial trees or send flowers to the family in memory of Hazel Hunt, please visit our flower store.