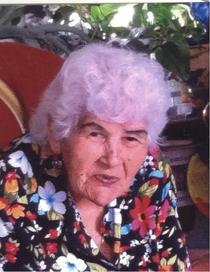 She was born April 25, 1934, Edinburg, Texas, to Faustino and Ramona Rodriguez. She was the second born in her family.

She grew up in Texas and married Felix Sr. De la Cruz, whom she later divorced.  Moved to American Falls, and married Antonio Serrano, who later passed away.   She later lived with Edubigildo Reyes for more than twenty years who also passed away.

She is preceded in death by her parents, sister and brother in law Refugia (Eleuterio) Martinez, Sons; Noel De la Cruz, Humberto Serrano, and her daughter Sonia Serrano.

To order memorial trees or send flowers to the family in memory of Hilda Serrano, please visit our flower store.