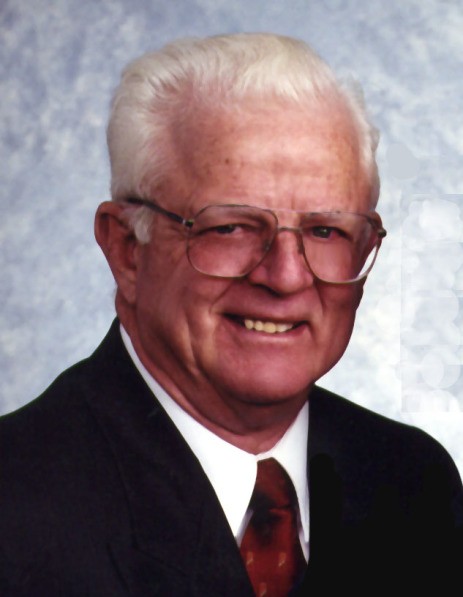 Dr. Ira Dell Rudd passed away peacefully on April 2, 2018, surrounded by family and friends.  He was 89.
Dell was born April 6, 1929 in Parker, Idaho to George and Esther Rudd.  He married Nina Andrasen in 1950 and was sealed to her in the Idaho Falls Temple. They raised 3 children, Stacy, Cindy and Trina.  When his dear Nina passed away in 1996, Dell married Alice Ward.  When she passed in 2010, he married Judy Kress, who survives him today.  These three wonderful marriages resulted in over 100 people calling him Granpa!
Since 1960, “Doc Rudd” has been the veterinarian in the American Falls, Aberdeen, Rockland, Springfield and Arbon Valley areas where he developed a large group of friends and clients.  He served as the Bishop of the American Falls 1st Ward.  He served his country in the Air Force, stationed in Japan.  He and Alice served a mission in Melbourne Australia.  He worked in the Idaho Falls temple for 11 years.
Services will be held at the American Falls LDS Chapel at 650 Pocatello Avenue at 10 am on April 7.  Viewings will be held Friday April 6,  from 5:30-7:30 pm and on Saturday the 7th from 9-9:45 am. The burial will be at the Parker Cemetery, Parker, Idaho.

To order memorial trees or send flowers to the family in memory of Ira Dell Rudd, please visit our flower store.