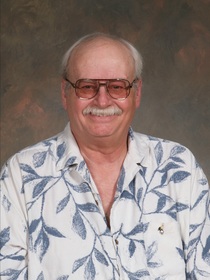 J F. Foster born to James Fern Foster and Margaret Joy Rathjens Foster on April 21, 1950. Due to a farming accident in December of 1949, J never met his father. Lynn Freeman later married Joy and become J’s dad. J was born in St. Anthony and raised in the Rexburg area.

Fresh out of high school in 1968, he joined the US Navy serving on the USS Oriskany as a Machinist Mate. He served his country doing two tours of Vietnam.

Upon his return home he completed trucking school in Weiser to drive semi tractors. He worked in the trucking business for several years. He was currently driving for Doug Andrus Distributing in Idaho Falls. Holding the honor of a Million Mile Driver which earned him a beautiful red truck delivered to his door step with all the bells and whistles. Prior to driving truck long haul, he worked at the J.R. Simplot Company at the Don Plant.

In 1978 he married Joyce Turner, and from this union; Jeremy J. (Mandi) Foster, Cody Charles (Marci) Foster, Lacy (Josh) Zavison, Alysia (David) Ford. He was a proud Papa of Hagen and Tate, Kelli Jo and Kolton, Izaak and Zoey, and BrayLynn and Eli. He loved his family dearly.

To order memorial trees or send flowers to the family in memory of J F. Foster, please visit our flower store.
Send a Sympathy Card